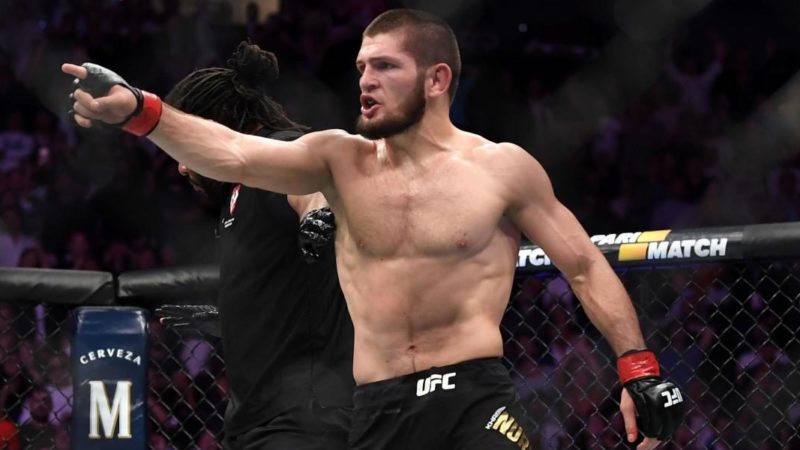 Fans are familiar witnessing UFC star Khabib Nurmagomedov in the octagon but how about watching him in a different sport. ‘The Eagle’ recently dropped some hints about moving to football(soccer) in the future.

MMA fighters usually make a transition to boxing but the former undisputed UFC lightweight champion Khabib Nurmagomedov is planning to join the world of football.

During a recent Facebook Q&A, The Russian star revealed about his plans of pursuing a football career. He said that he has already received offers from football clubs. However, he is yet to decide upon that. Mike Tyson Admits To Using Surprising Drug

But if some clubs, they offer me, like, they make me (interested), I’m gonna accept this. Because this is my childhood dream. I love football. I follow football since when I was kid, when I was child. This is my first love.”

The former UFC star has an undefeated streak of 29-0 and there is no doubt he has performed brilliantly in his career in octagon but he is eyeing to adding onto his accolades. He has his eyes set on winning the World Cup.

Khabib had announced his retirement last October after his UFC 254 win over Justin Gaethje. We will see how soon we can witness him on the football pitch.