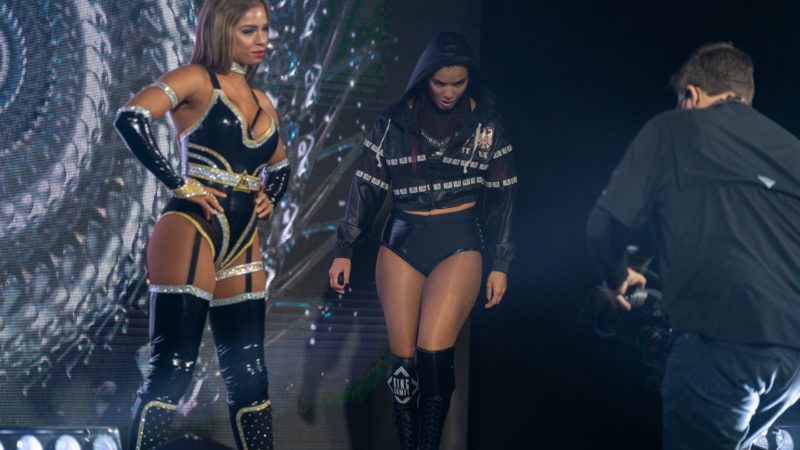 Impact Wrestling will be bringing back the Knockouts Tag Team Championships. They announced a tournament to crown the new champions and several professional wrestlers from all over the world will be competing in the tournament. This includes former WWE NXT UK Superstar Killer Kelly.

Killer Kelly will be teaming up with Renee Michelle during the Knockouts Tag Team Tournament. Michelle is Drave Maverick’s wife and she was featured during his WWE 24/7 Title run.

Kelly made her debut on this week’s episode of Impact Wrestling. She squared off against another former NXT Superstar Kimber Lee.

Kelly made it to the US through Mexico during the COVID-19 pandemic. It was said that she will stay in the US till December.