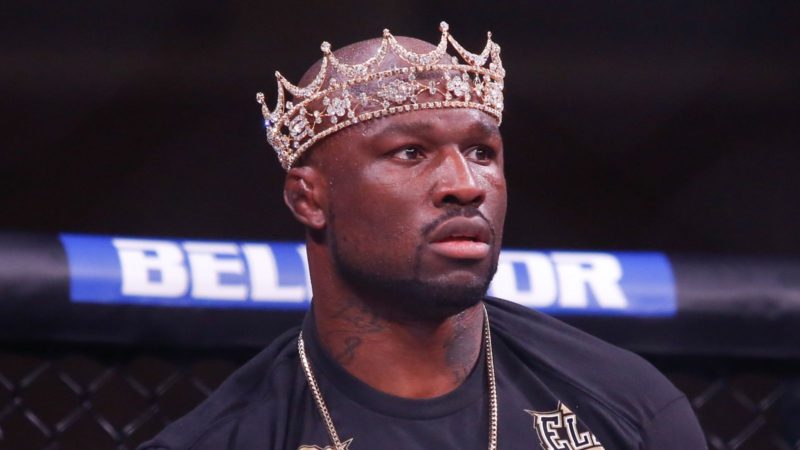 Muhammed Lawal better known to wrestling fans by his ring name King Mo is part of the short list of MMA stars who have managed a successful transition into the wrestling world.

The former TNA star recently had an interview with Brisco and Big Ace on VOC Nation where he talked about things like being a WCW fan while growing up during the Monday Night Wars era and more.

Mo then explained how wrestling affected his faith as well and he recalled the time when he prayed hard for Sting to win his match against Ric Flair during the first-ever Clash Of The Champions PPV in 1988:

“I remember when Sting was going to wrestle Ric Flair at Clash of Champions. I prayed on that – that Sting would win. I prayed hard. Sting didn’t win; it was a Broadway, a draw. So, I was like maybe God didn’t want Sting to win, but he didn’t want him to lose either,”

King Mo discussed another such feud which changed his beliefs and explained how the revelation about wrestling being scripted affected him:

“Then there was another feud, I think it was the Powers of Pain and the Legion of Doom. Warlord and Barbarian, that was my team; it got no better than that. Well, when that match happened, it was a squash match. I was praying, I was crying, and my mom [told me] ‘wrestling’s not real’. And I prayed to God about it; if wrestling isn’t real, I guess God doesn’t exist either. That was my rationale when I was young, and I still run with it.”