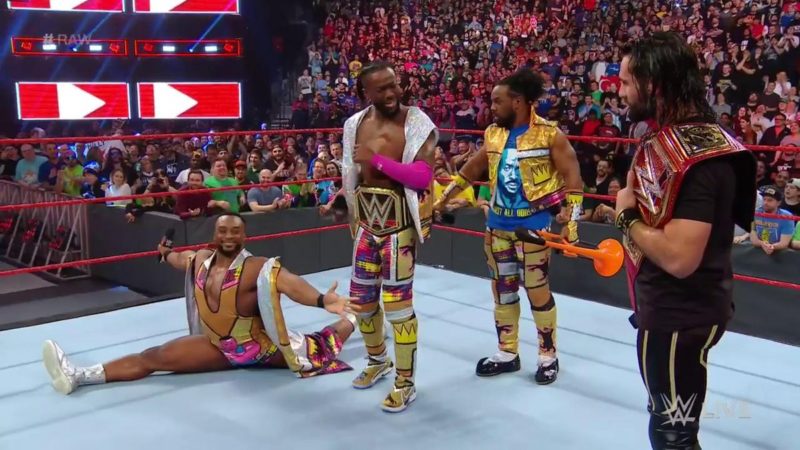 Kofi Kingston is currently leading SmackDown Live as the WWE Champion and will defend the title against Kevin Owens at Money in the Bank. Prior to winning it, he and the rest of the New Day stated multiple times that if they ever won a singles title, they’d share it as they did with tag team gold, utilizing the Freebird Rule.

In a recent interview with The Daily Star, Kingston went into his WrestleMania moment, and what the WWE Championship means for the New Day. When it comes to either man asking for a shot at the title, Kingston said that all they had to do was ask.

However, as far as he, Big E, and Xavier Woods are concerned, they’re all holding the WWE Title, as he said they’re sharing it as they have with any championship they’ve held.

When one of us is champion, we are all champion.

As nice of a thought as that is, though, the WWE only recognizes Kingston as champion. Though, if Big E or Woods ever want a chance to have their names in the record books, hopefully, they’ll go about it the way Kingston expects, not like Kevin Owens, who quickly betrayed the champion for a shot at glory.