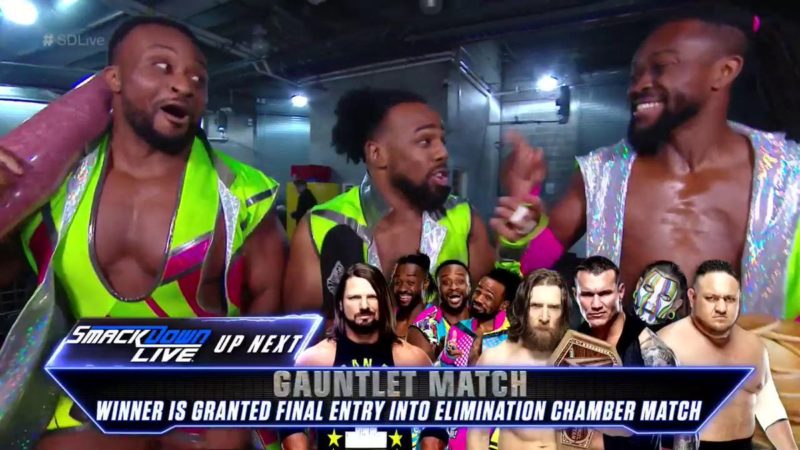 It was reported earlier this week that the WWE was planning on removing Mustafa Ali from the WWE Championship Elimination Chamber match. Tonight, WWE confirmed it and revealed that one of the members of the New Day would be taking his place.

Ali’s injury was blamed on the chokeslam he suffered from Erick Rowan at the end of last week’s SmackDown Live, where the former Bludgeon Brother sent Ali crashing through a table.

Unfortunately, some injuries I picked up over the last few months caught up to me. @WWE will not medically clear me to compete in this Sunday's #EliminationChamber Match. My apologies to anyone I let down. pic.twitter.com/fmT4BrTA5D

Ali also called out Samoa Joe and Randy Orton for their recent attacks on him but said that this won’t keep him down, and he’ll be back soon.

Tonight, a Gauntlet Match was held to determine who would enter the Elimination Chamber last. Daniel Bryan entered the match first, but as he went on to berate the crowd for booing him, he was interrupted by the New Day. After teasing the WWE Universe for a few seconds, it was revealed that Kofi Kingston would be replacing the Heart of SmackDown Live on Sunday.