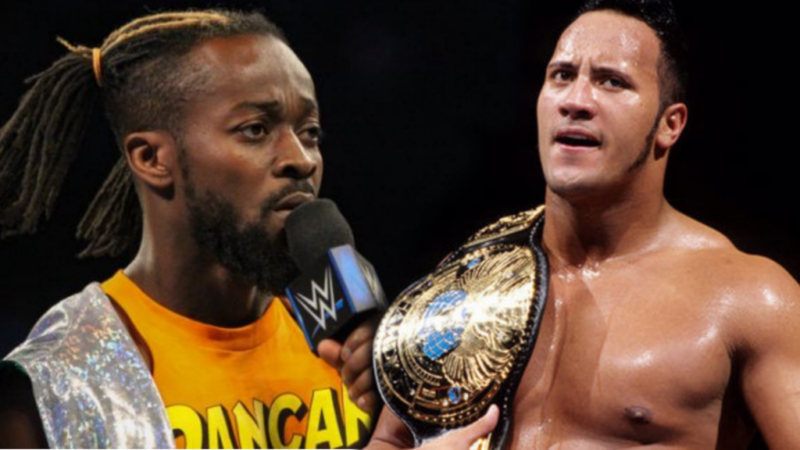 New Day’s Kofi Kingston recently appeared on D-Von Dudley’s Table Talk podcast and spoke about a number of topics including his run as WWE Champion. He was also asked about becoming the first African-American to win the WWE Championship, to which he corrected D-Von and reminded him of The Rock:

“I think it’s silly that people try to not count The Rock in that category. Regardless of what you look like, you are what you are. He’s black. Whether he’s half black, he’s black. I definitely take a lot of pride in that sentiment like you said. I think for a long time, people of color, especially African Americans have been waiting for someone who looks exactly like them to hold that title. I mention it all the time, but, all Twitter and social media, the moment that happened, I got so many different messages. People were in tears. There is a video of MVP crying, which was very legit. He doesn’t like when I bring that up because he doesn’t like it to be known that he cries because he is a tuff guy. What’s important for me in this business is to be somebody that inspires other people to go out and do great things.”

“My goal was to become WWE champion at some point, but I never sat back and said, I want to be the first African American or African born WWE Champion. It just started happening. I think about the fact that if Ali doesn’t get hurt before Elimination Chamber, does this happen? Are we even talking about this moment? It wasn’t part of the plan. It’s not like someone came up to me 11 years ago and said, you know what Kofi, for 11 years, we aren’t even going to let you sniff the WWE Championship. We’re not even going to let you have a match and in the 11th year, we’re going to make it happen. This wasn’t written. It just happened organically. I think that was part of why it was so special because it happened out of nowhere. Then, the people started demanding it. It wasn’t just African Americans. It was people of all different races. I think that’s the best part because my story is one of struggle. Anybody who has been through anything or has wanted something, they are at that point in their journey and wonder if they can do this. They can look at my story who stuck with it and fought for 11 years and tried to control what he could control and just gave it his all for 11 hard years and finally, the opportunity came and I was ready to capitalize on that opportunity because of all the preparation.”