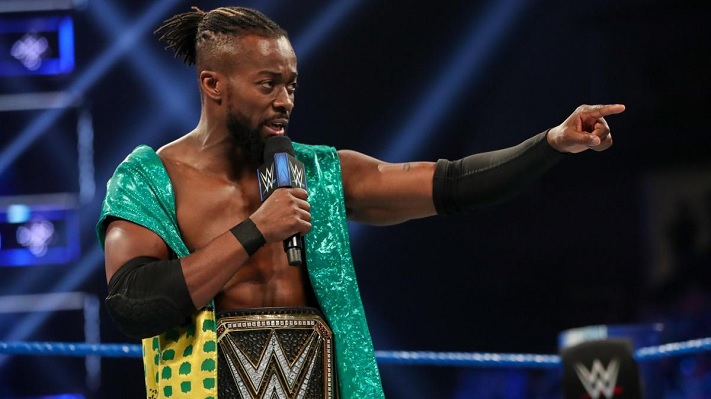 Kofi Kingston is truly one of a kind. Kofi’s title reign seemed to have came and went pretty quickly. Even though Kofi deserved the title run much sooner and it should have lasted longer, it looks like the writing team wanted to possibly hand him the title once again. Braun Strowman Huge AEW Rumor Leaks.

The news of this comes as we have gotten through the WWE draft where we saw Kofi Kingston head over to Smackdown as Big E will be staying on Raw. Xavier Woods will also be joining Kofi on the blue brand, thankfully, but sadly, The New Day as it were are no more. This was a shock to some writers as well as they had Kofi picked and primed to be a “backup champion” just incase they wanted to change direction or if something happened to Big E.

Via Steve Carrier of Ringside News on Twitter, Steve spoke on the following news as it pertained to Kofi Kingston being on standby as a champ: “Since the internet is BROKEN, here’s a really interesting tidbit we picked up about the #WWEDraft. We were told that a RAW writer was all upset about losing Kofi to Smackdown, because he thinks Kofi is the perfect ‘standby champion'”