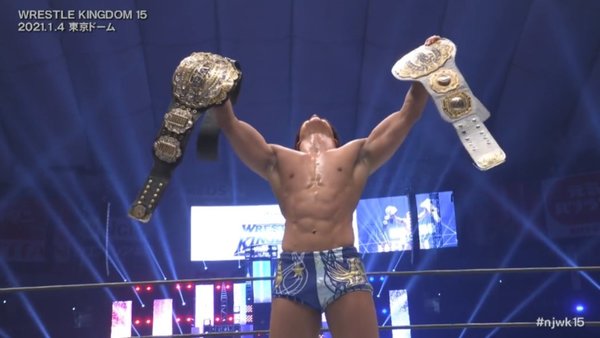 In the main event of Day One of Wrestle Kingdom 15, Tetsuya Naito put his his IWGP Heavyweight and IWGP Intercontinental titles on the line against Kota Ibushi.

It was a very even match as both wrestlers refused to give up. Kota Ibushi was under a lot of pressure after as he could not beat Naito despite hitting his Kamigoye finisher twice.

In the end, Ibushi hit a jumping Kamigoye when Naito could not finish his Destino and that got him the victory.

Thus, Ibushi is now the new IWGP Heavyweight and IWGP Intercontinental Champion and is scheduled to defend the titles against Jay White on the Day 2 of Wrestle Kingdom 15.