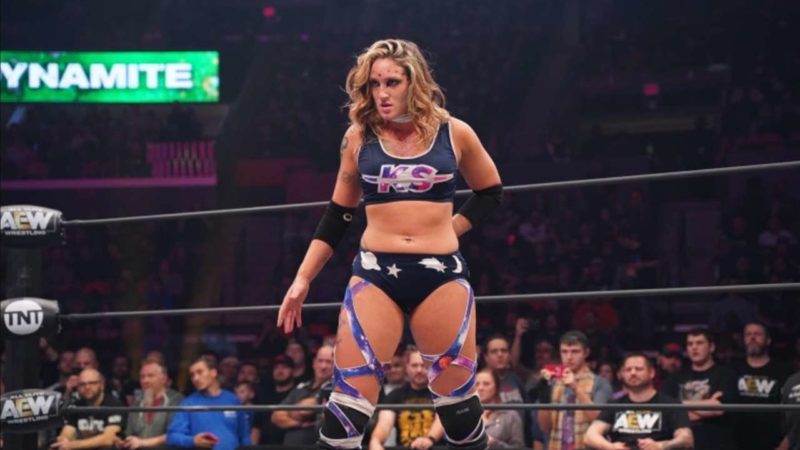 Kris Statlander had offers from WWE and AEW but the female star decided to sign with the upstart promotion instead of joining the biggest wrestling company in the world.

She recently joined the Catching Up With Alicia Atout podcast where she talked about a number of things and explained why she decided to join All Elite Wrestling.

Statlander explained that there were a lot thoughts that were going through her mind and according to her, getting signed was never a legit goal for her in professional wrestling:

“You know, there were a lot of thoughts that were going through my mind because it was like WWE was interested in me, which put a lot of stress on me,” Statlander noted. “I didn’t know what I was going to do. I didn’t know what was the right choice. You’d think it’s a dream come true for anybody to be offered a contract, but for me, getting signed was never a legit goal of mine in wrestling. I was like, am I going to be happy? Is this something I want to do? I was very nervous and stressed about it, but I am thoroughly enjoying all my time that I’ve been with AEW and all the opportunities that they’ve given me so far. I have no regrets about it.”

Kris Statlander made her wrestling debut back in June 2017. She has made a couple of appearances for WWE before and she made her AEW debut on November 27 last year.