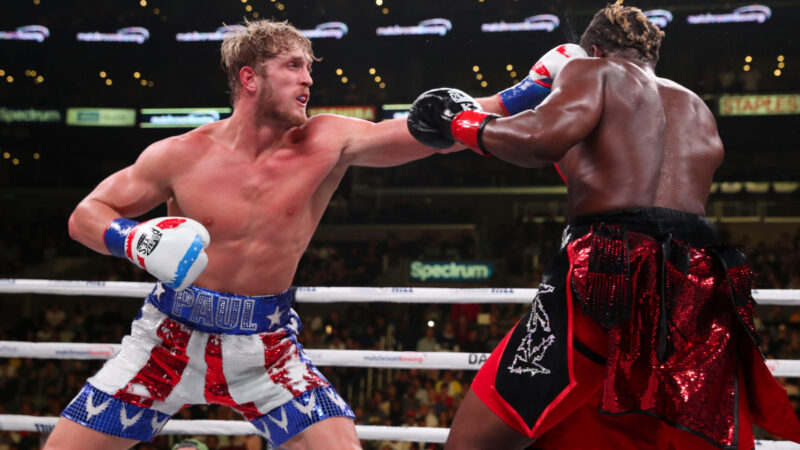 Will Logan Paul take on KSI yet again? Or perhaps could we see his brother Jake Paul take on the fellow internet star in a battle of the social media giants? Popular YouTuber KSI reconnected with his brother and fellow popular content creator Deji after Deji’s loss to TikTok sensation Vinnie Hacker earlier this month. In what was billed as ‘A Battle of the Platforms’ and ‘Team YouTube Vs. Team TikTok’ Deji was the only YouTuber to lose during the event which was main evented by Austin McBroom and Bryce Hall. It was recently revealed that Logan Paul made this ’embarrassing’ Dan Ige UFC bet.

However, in a recently released video by Deji and as reported by SportsKeeda, KSI has used his brother’s loss as an opportunity to talk about his beef with viral content creators turned boxer Logan and Jake Paul.

While discussing Logan Paul, KSI would discuss how he respects the older Paul brother and appreciated how ‘real’ Paul is – although they still aren’t exactly on what you would call the ‘best of terms’.

KSI stated that their fight and feud was real: “For me, I’m always like, just be real. Like the beef between me and Logan, it was real. Yeah, I guess we respect each other but it’s not like I’m messaging him all the time. It’s not like we’re cool like that.”

However, the popular YouTuber didn’t hide his feelings about Logan’s younger brother Jake as he continued by saying: “Me and Jake, obviously, we don’t f**ing like each other. Yeah, that’s obvious but that’s just how I am. Like I’ve always been real and it’s just easy to be real.”

Did Logan Paul get this big name ‘banned’ from UFC? For what it’s worth, Jake Paul is seemingly taunting KSI for a fight as well as he posted the following on social media via Twitter recently: “Lol. KSI immediately jumping at the opportunity to fight Austin. I guess “music tours” and “COVID” were only in the way of him fighting me”

KSI immediately jumping at the opportunity to fight Austin.