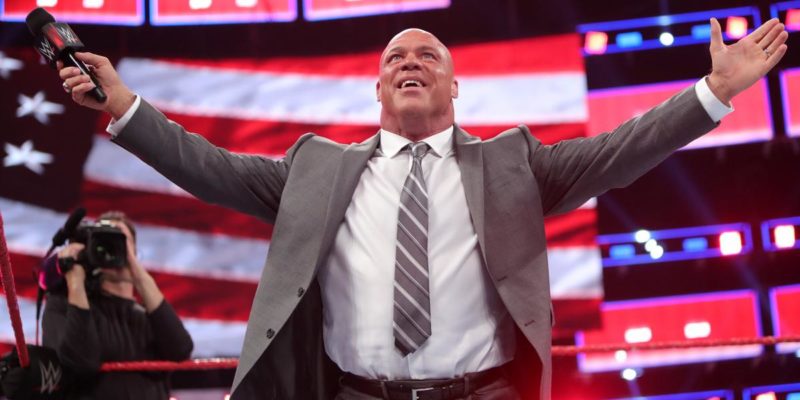 Raw General Manager Kurt Angle recently spoke to Esquire Middle East and talked about many wrestling related topics. Below are some of the highlights from his latest interview:

Talking about what would be the best way to end his career, Angle said that his main aim would be to contribute and wrestle some younger guys; though later he also talked about a possible title run:

“I think everybody wants a title-run. I’m 48 years old – I’m still in great shape, I can still go pretty hard in the ring, but then again there are other talents out there that need the title more than I do. Don’t get me wrong it would be a lot of fun if I did get a title run, but at the same time as long as I’m contributing and helping out the company I’d be happy with that.”

Kurt has previously been asked about which wrestler he would like to face in WWE if he makes his in ring return and over a number of interviews, he has talked about more than half a dozen current WWE Stars he would like to wrestle with.

However this time he gave a specific reply and said he could have a really meaningful feud with the former United States Champion Rusev:

“There are obviously a lot of guys out there but one that I think I could have a really meaningful feud with would be Rusev. I really like the way he competes in the ring. I love his persona and I think I’d be able to have a nice program with Rusev. He’s a very talented individual, and I think that the clash of our styles would work very well.”

Unfortunately for Kurt Angle, Rusev is now a part of the SmackDown Live roster and even if the Olympic Gold Medallist makes his in-ring return sometimes down the line, the possibilities of a match between the two are not very bright.