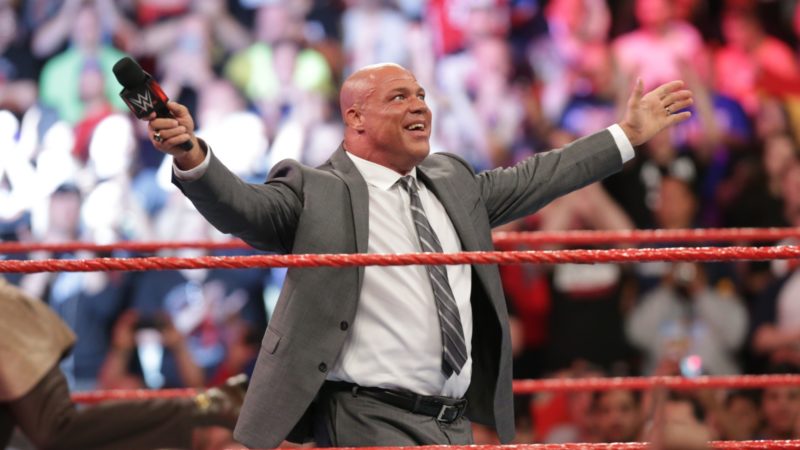 Kurt Angle will wrestle his last match at Wrestlemania 35 against Baron Corbin. This was met with a lot of negative backlash and even Kurt Angle seemed disappointed at his choice of opponent. After retiring, he will still stay with the company in a backstage role since he has a lot of experience and wealth of knowledge to share.

He spoke to Sky Sports and revealed details regarding his new WWE contract that could also include him being in front of the camera at times.

“I signed a contract to help the younger talent behind the scenes. I will be on the road with the guys that make it up here. I’ll probably be an on-camera talent like a manager or maybe a general manager again. I’m sure they will want to utilize me on camera.”

This is certainly good news since Kurt Angle will still have a presence in the company and help teach the new generation of superstars.