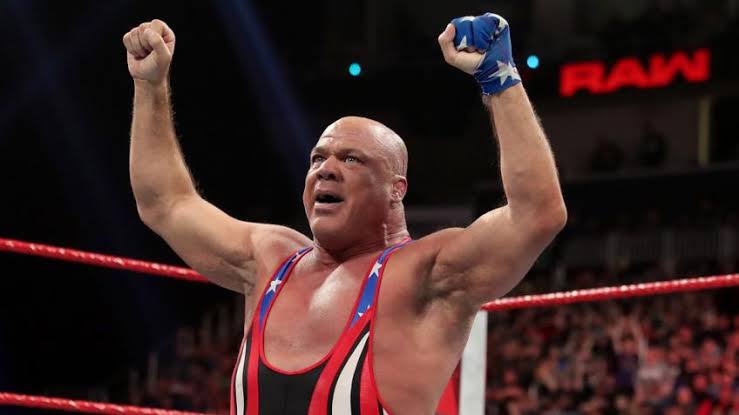 WWE Hall of Famer Kurt Angle recently revealed that he was reached out to join AEW. He was approached by none other than hoopster Shaquille O’Neal who recently made an in-ring debut in AEW.

The Olympic Gold Medalist recently joined The Two Man Power Trip Of Wrestling podcast who celebrated their 500th episode with him.

While speaking about the rumors of him joining AEW, Angle addressed them as ‘rumors’ and said he is retired and is not considering to join AEW. Vince McMahon ‘Angers’ WWE Diva In Email?

Angle fought his last match at WrestleMania 35 when he suffered a loss against Baron Corbin.