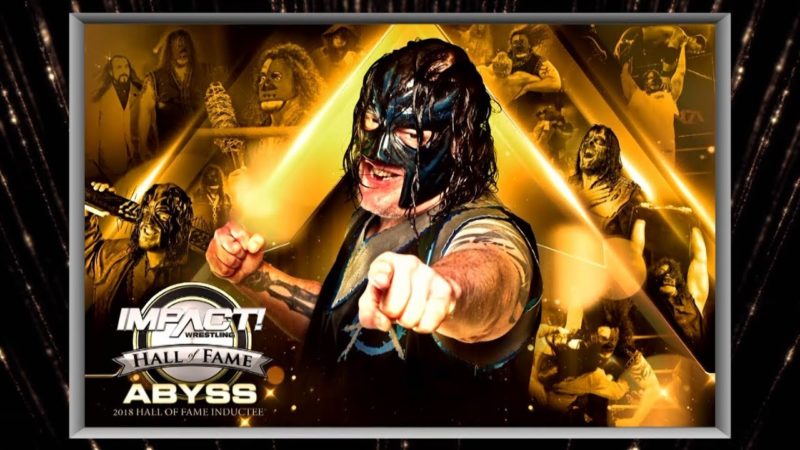 Abyss has been one of Impact Wrestling’s most loyal talents since signing with the company back in 2002. The Monster has worked with some of the biggest names in the industry today and is one of the most iconic faces of Impact Wrestling.

Last night, Abyss was inducted into the company’s Hall of Fame. In his video package, highlighting the best moments of his career, some iconic faces of the industry showed up to congratulate the former Heavyweight Champion on his success and everything he’d accomplished over the past sixteen years.

Kurt Angle was the first in the video to congratulate Abyss on the induction, calling him one of the best big men he’d ever faced. Gail Kim, Mick Foley, Dixie Carter, and Jeff Jarrett, among others, thanked Abyss for his work in and outside of the ring while working with Impact Wrestling.

You can watch the full induction of Abyss on Impact’s Twitch channel, here. Scott D’Amore talked about a time where the former champion was possibly on his way to the WWE but surprised everyone in the locker room and in the company when he decided to stay with Impact.

Congratulations to Impact’s Monster on his well-deserved induction into the Impact Wrestling Hall of Fame.