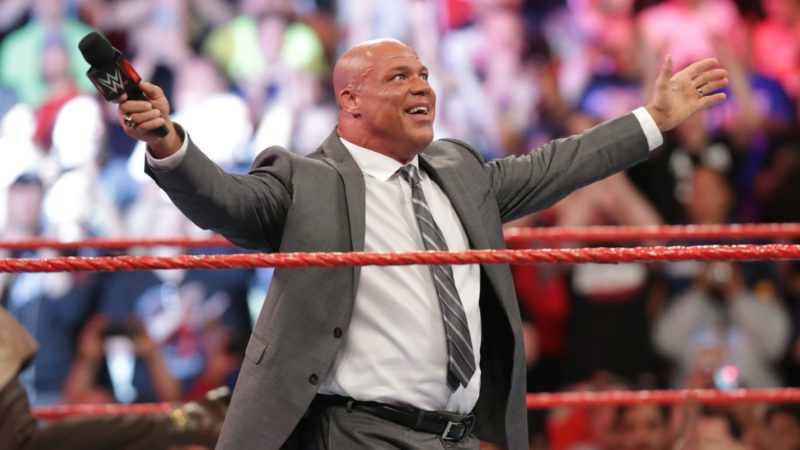 Former Raw General Manager Kurt Angle recently held another Q&A session from his Facebook page where he answered questions related to his career, his retirement and more.

Kurt Angle wrestled in his farewell match at WrestleMania this year where he competed against Baron Corbin in a one on one match and lost to the lone wolf.

A fan asked the former World Champion when did he realize it was the time to retire, and Angle said that he knew he was ready to retire when he felt his body moving slower:

“I knew I was ready to retire because I felt my body moving slower and I had a lot of joint pain. I was ok until I turned 48. Because I was GM of Raw, I was less active in the past 2 years. That inactivity caught up with me. I started getting arthritis throughout my body. It was quite sad. I was invincible for so many years. It was tough to deal with. But I’m ok with it now.”

As we noted before, Kurt Angle has found a new role in WWE after his retirement. He recently started working as a full-time producer for Raw brand and he was present for the recent Madison Square Garden episode of the show.