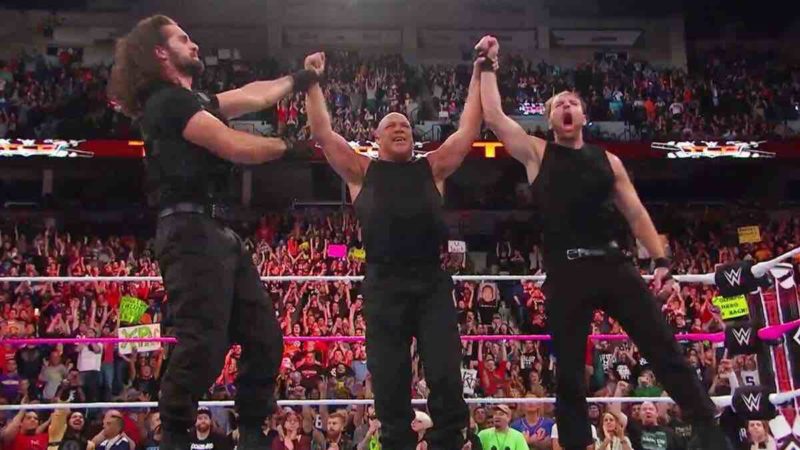 On the latest episode of the ‘Kurt Angle Show’ WWE Hall of Famer and multi-time WWE Champion Kurt Angle, alongside Conrad Thompson discuss Kurt Angle’s retirement from professional wrestling and in addition discuss how training for that match that took place at TLC 2017 accelerated retirement plans in the eyes of WWE Chairman Vince McMahon. Wrestling-Edge transcribed Angle’s comments. Kurt Angle wanted a successful run like Goldberg after WWE return


Angle: The Shield is a legendary team and I have a lot of respect for those guys. So being a part of it for that night was so much fun. The problem was, and I think this is where Vince [McMahon] saw [lingering issues]. This was the first time Vince McMahon saw me compete [Since returning]. I was training for the match and had a good three weeks. I was doing hill sprints and I pulled a muscle in my leg and I couldn’t push off my left leg.

Angle continued: So I had to use my right leg the whole time and I had to favor my left leg. It just looked like I lost a step. Even though I did, the last few years of my career I was able to hide it. Yet, with the leg injury and my quad, I wasn’t able to hide it.

I think Vince was like: “Okay, this guy is close to retirement, he’s almost done.” That’s where he judged me and said he wasn’t going to use me in the world title picture but rather make other guys. Kurt Angle revealed recently the biggest reason why Vince McMahon liked Lars Sullivan