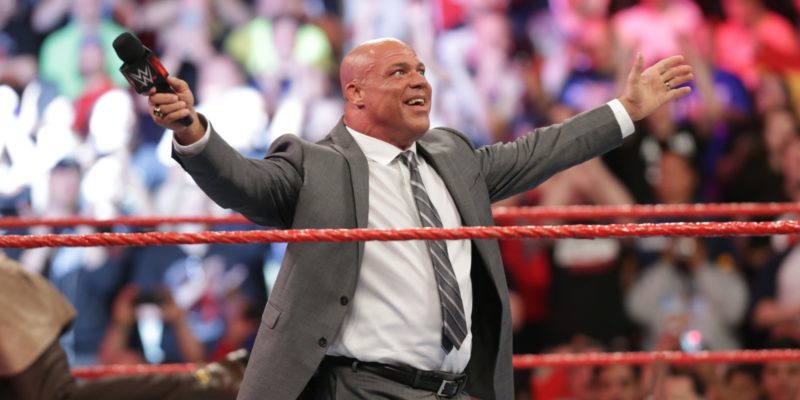 It has been confirmed that Angle will be the special guest referee for next week’s Cage Fight between Matt Riddle and Timothy Thatcher on WWE NXT after being released last month due to business cuts that WWE had to make from the on-going COVID-19 pandemic.

BREAKING: @RealKurtAngle will serve as the special guest referee for @SuperKingofBros and Timothy Thatcher's #CageFight this Wednesday night on #WWENXT! https://t.co/RZoHaH9aDY

In response to his return to WWE this coming Wednesday, Angle took to Twitter and sent out the following tweet:

Thatcher and Riddle will be settling their issues inside a Steel Cage after the recent implosion of The Newly-Bros.

Less than two weeks ago, Riddle and Thatcher lost the NXT Tag Team Titles to Imperium. However, ‘The Original Bro’ went on to secure a win over Thatcher, later that night.

Thatcher and Riddle’s issues are far from settled and WWE Hall of Famer, Kurt Angle himself will be joining the two men inside a Steel Cage this Wednesday.