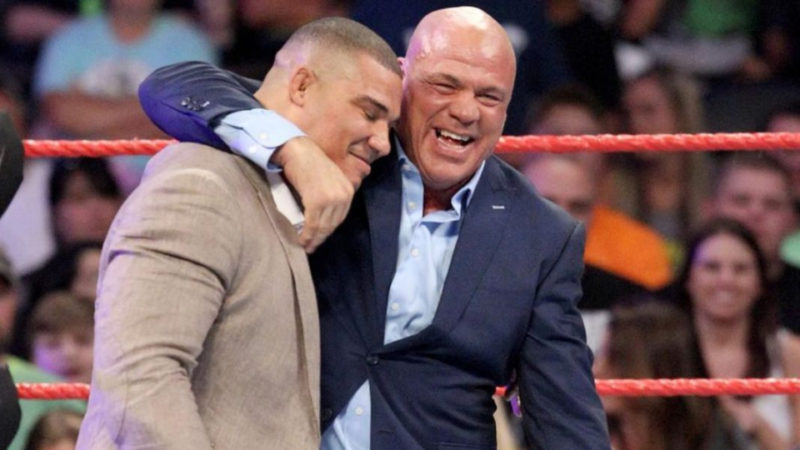 To say that the kayfabe son of Kurt Angle, Jason Jordan is currently in a bad way right now would certainly be the understatement of the century. During a post on social media via Instagram, Jordan’s wife seemingly ended their relationship publicly on the social media platform, allegedly accusing her husband of cheating. The wife of the WWE producer originally said: “If you or one of your friends slept with my husband please keep it to yourself! I can’t handle anymore! *He’s all yours*. Kurt Angle ‘pulls out’ of AEW Revolution debut.

The post from Jordan’s wife, named April Everhart gathered a lot of attention as another woman named ‘CJ Darring’ stated that she had slept with Jordan during the time that he was still married and ended up having to get an abortion. She wrote: “I have been sleeping with Nathan since 2015 I was pregnant in 2018 but had an abortion because i was not ready to be a mother he is an excellent lover but I couldn’t bare continue sleeping with a married man.”

Jordan and Everhart got married in 2017. Everhart has said that she has gotten ‘dozens’ of names, photos and other information, including Darring’s account. In another post on Instagram, Everhart posted: “I don’t know if people feel like they are helping but when I have received dozens of names, messages, pictures, and videos it’s just too much. I am only human and I really just can’t take anymore.”

Our thoughts go out to those involved and affected and we will continue to monitor the situation as it develops.