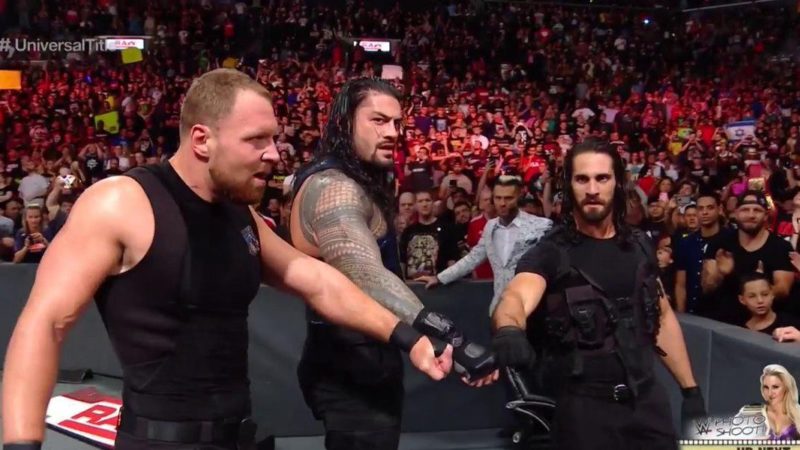 Former Olympic Gold Medalist and WWE Champion Kurt Angle recently spoke to GiveMeSport. The Hall of Famer spoke about multiple topics including AEW, Jon Moxley and The Shield. Kurt Angle who filled in for Roman Reigns and competed as an honorary member of The Shield once in 2017, has stated that he sees The Shield members as future Hall of Famers.

“Oh, they’re great. The Shield is a future Hall of Fame faction,” Angle said. “To be part of it [in 2017] was a load of fun. The three of them – Roman Reigns, Seth Rollins and Dean, they have all main-evented and won world championships. They are the most popular faction of all-time if you don’t count the Four Horsemen.”

Speaking about AEW, Angle stated that while he doesn’t watch it, he still gets wind of it. He believes that Ambrose needed a change and adjustment which is why he left WWE.

aybe he felt he wanted to work less and felt that he wasn’t being appreciated. He made the decision for himself and if he feels it’s the right decision I’m happy for him. But WWE is the biggest company in the world at it will continue to be. I believe Dean will be back.