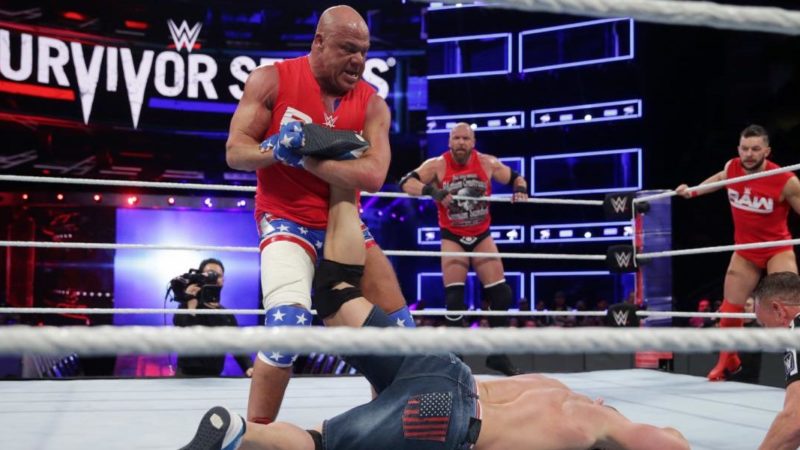 WWE did an angle with the Raw General Manager Kurt Angle on this week’s episode of Monday Night Raw and it appears that the whole thing was the start of a storyline which can lead to Kurt’s in-ring return.

Angle last wrestled at the Greatest Royal Rumble event and after this week’s Raw, Pwinsider is reporting that he has been training for another in ring.

It’s unknown when WWE plans for the Olympic Gold Medalist to return to action but at this point, the most likely destination for it appears to be the upcoming Survivor Series PPV.

No word yet on who could be Kurt’s opponent either but if we consider the current storyline, Baron Corbin and Triple H are two of the most logical opponents for the former World Champion.

For those who don’t know there was a segment on Raw where Stephanie McMahon tried to project Ronda Rousey as her protégé and the whole thing ended with Rousey putting McMahon in an arm bar.

After this, Baron Corbin was quick to put the blame of the chaos onto Kurt Angle and agreeing to him, the Raw Commissioner made Corbin the acting GM as she sent Angle on a forced vacation.