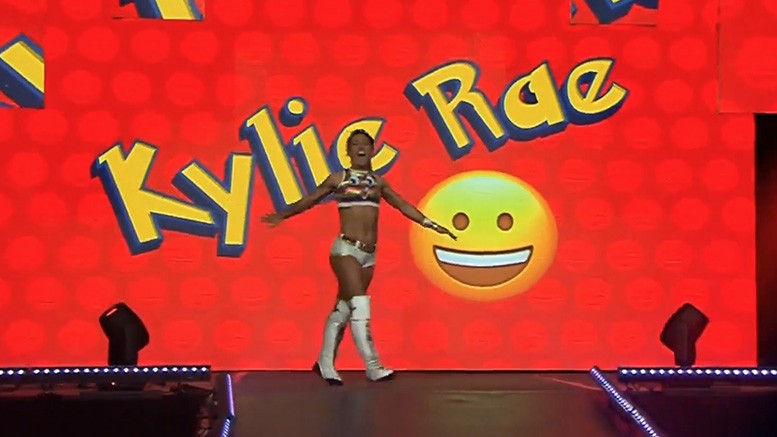 As reported earlier, Kylie Rae announced that she has officially retired from professional wrestling. She received a lot of fan support following the announcement with #ThankYouKylie trending on social media. There were many factors that led to her retirement and it seems fans were one of them.

Some fans gave very hate-filled remarks to Rae and this seemingly upset her. Dave Meltzer revealed during Wrestling Observer Radio that she was harassed for a very long time, going back to the time she used to work in AEW. They bodyshamed her and told her to get in shape.

“I remember that she was so happy when she came out [at Double Or Nothing] that she got a really big reaction, and um, you know I’ve actually in the last day I’ve been watching a lot of matches of her on YouTube and I can see after she broke down at the [Fyter Fest] pay-per-view, or the day before and I just remember when I saw her in Vegas and everything and just — and I know when she got mad about people who — because she lost weight, got in great shape, and then she got harassed by people who like got on her case for doing that.”

“You would think that you work hard, diet, you train hard, you get in really good shape and then people harass you for that? That was somewhat recent. I don’t know if it’s all social media, but I do know it’s some social media stuff that’s reacted to like that. It’s just sad because it was the day before a really big show [Bound For Glory]. Her and Deonna Purrazzo are friends and they were jazzed to have a really great match.”

Meltzer also mentioned how Cody Rhodes compared her and Bayley, where he said Rae is “the real one.” He was trying to help Rae but his remarks got her harassed by fans instead.

We will have to see whether she ever makes it back to the ring eventually. She is only 28 years old so she has her whole life ahead of her.