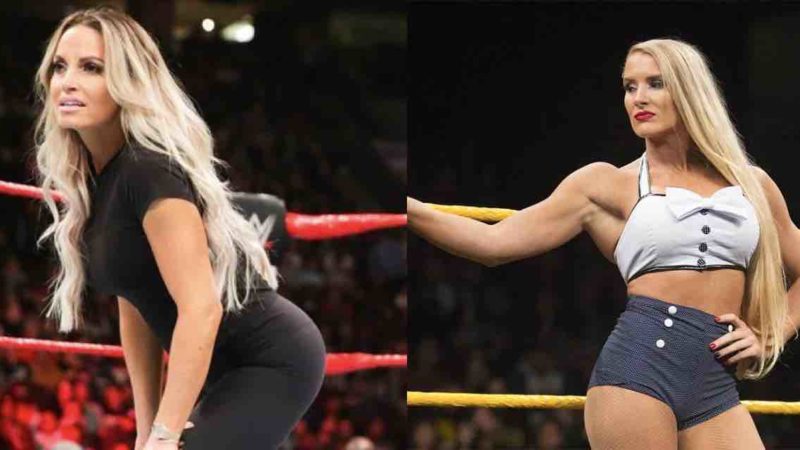 The storyline between Lacey Evans’ and Charlotte Flair is getting personal with the passage of days and having WWE Hall of Famer, Ric Flair in the mix and moreover in the corner of Evans is adding more heat to the feud.

Lacey Evans involved in a similar incident from the past

On the latest edition of Monday Night Raw, all the three stars were involved in a backstage segment.

Ric Flair was witnessed helping Evans practice wrestling moves in the locker room, more specifically the hammerlock with Flair standing and holding her from behind.

It was during this time Charlotte Flair walked in. She said that Ric is going from legend to old man. The segment ended with Charlotte backing up but Evans blindsided her from behind as they both walked off.

It was the shade of a similar incident to what happened back in 2000. It involved Triple H, Trish Stratus and Stephanie McMahon.

On an episode of SmackDown in 2000, in a backstage segment, Triple H was shown teaching a hammerlock to Trish Stratus in his locker room when Stephanie had barged into the room and went crazy having Triple H caught in the act.

Stephanie had screamed and threw things at Triple H and ran out of the room crying.

Evans and Charlotte are likely to square off in the ring at the upcoming Royal Rumble match.