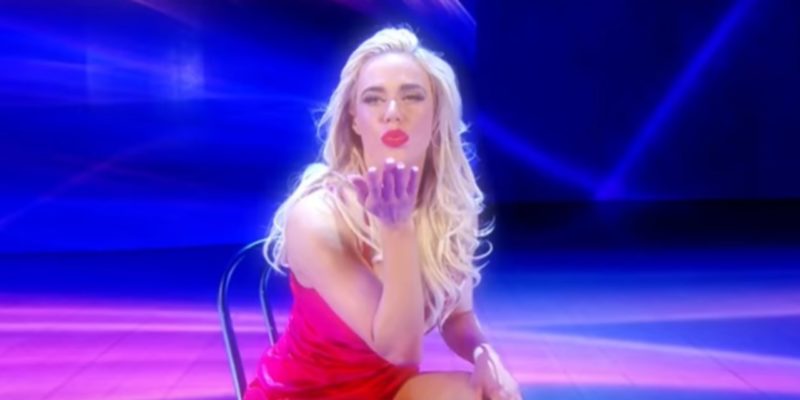 Lana has reportedly used her husband Rusev’s finisher The Accolade in a match against Danielle Karmella at an NXT live event in Daytona Beach, Florida this Thursday. The Ravishing Russian used the Bulgarian Brute’s signature submission move to win the aforementioned matchup.

Lana (Catherine Joy Perry) rose to prominence in the world of professional wrestling, since her WWE debut back in 2013, as the manager/valet of the man she’s now married to- Rusev (Miroslav Barnyashev). The 32-year old WWE Superstar apparently been training at the WWE Performance Center as of late, and has not appeared on the main-roster TV programming since her husband sustained an injury earlier this year.

On April 11th it was revealed that Lana has been drafted to SmackDown Live, following which the WWE has aired several vignettes promoting her blue-brand debut over the past several weeks. Furthermore, with Rusev out of the picture, albeit temporarily, the Ravishing Russian has been competing at NXT live events to further hone her in-ring skills. She competed against the aforementioned Danielle Karmella this past Thursday at an NXT live event, and is said to have used The Accolade to submit her foe.

Lana is scheduled to compete at tonight’s NXT live event in Largo, and on Saturday’s show in Dade City. Fans can expect the Superstar to likely execute The Accolade on her opponents in her matches at the aforementioned events as well. The WWE and Lana are yet to reveal a specific date in regards to her SmackDown Live debut, regardless of which, the WWE Universe can expect to her to grace the squared-circle in the WWE’s Tuesday night flagship show within the next few weeks at the very least.

In my humble opinion, Lana aka CJ Perry is one of, if not the, best performers in WWE when it comes to working the mic. Dare I say, her trash-talking and promo-cutting skills rival that of notable stars such as Alexa Bliss and Kevin Owens. Factor that into her dedication and hard work toward honing her ring-craft, the WWE has a bonafide mega-star on its hands. Looks like Rusev won’t be the only one crushing people in the ring from now on!