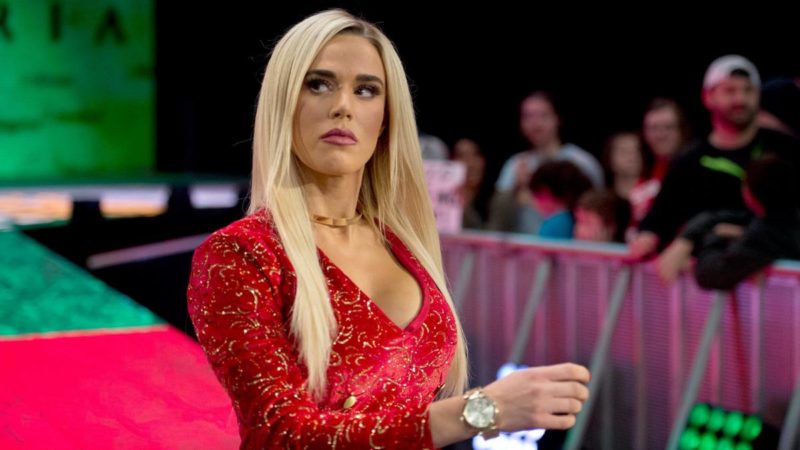 Lana and Asuka have been tweeting back and forth for a week now. On last week’s episode of WWE RAW, Lana won the headliner Battle Royal to determine the next challenger for the RAW Women’s title currently held by Asuka.

Lana later posted a picture with Riott Squad’s Liv Morgan on her social media on chugging raw eggs and throwing up twice in preparation for the match. Asuke joined in with a hilarious comeback.

Their Twitter banter continued throughout the week, as Lana tweeted about campaigning to be the next RAW Women’s Champion.

Lana next uploaded a video of her actually drinking the eggs and almost throwing up in the glass. Watch at your own discretion!

I will do anything for the #Raw Women’s Championship ! Including drinking Raw eggs with @YaOnlyLivvOnce !!!!!!
New vlog ! https://t.co/514l6zIWHw pic.twitter.com/wgWLr0epiZ

All the protein intake definitely seemed to have done their work, as Lana followed up with a video clip of her kicking and breaking a board with Asuka’s name on it.

Keep dancing ASUKA!!! This Monday I am going to kick your head off and become #RAW Women’s Champion ! @WWE https://t.co/pkDRj6jYBO pic.twitter.com/inKJWQqMOp

The Empress of Tomorrow, however, was not impressed. She responded with a clip of her literally rolling on the floor laughing.

Lana took Asuka laughing at her face a bit too personally. She addressed Asuka directly in a 1:51 minute clip with teary eyes but a determined face.

Lana compared Asuka to all those people who have doubted and questioned her abilities over the years. She went on to issue a threat to the Champion, saying she would ‘kick her head off’ and become the new RAW Women’s Champion.

“That’s what you represent. All those people who had laughed and mocked me and betrayed me and called me names. And this is why I am ready for Asuka, because I am going to kick your head off and crush your body and finish you. Because you represent everything I can’t stand, you represent the mean people out there.”

After weeks of being put through the table by Nia Jax, this is finally a great opportunity for Lana to make her way to the top.

According to reports, WWE is planning on turning her into a “massive babyface” following the title shot as well.