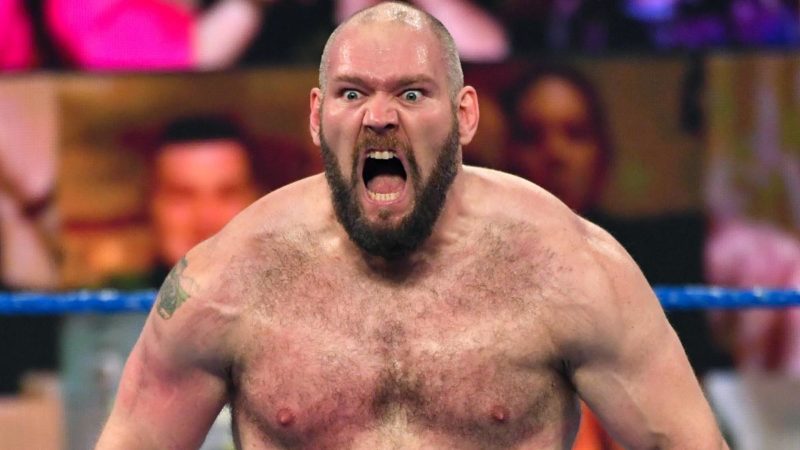 WWE have released Lars Sullivan, with his tenure being one full of promise and hype, but ultimately disappointment in more ways than one.

Sullivan debuted a couple of years ago demolishing wrestlers on the roster, but his past homophobic and offensive internet posts resurfaced, souring fans on him. Ironically enough, Sullivan filming a homosexual pornographic video also leaked to fans.

Sullivan was quickly injured and later returned in 2020 but only for another short stint, which included a bizarre shirtless backstage interview with Michael Cole.

Fightful Select is reporting that the interview with Cole “seemed like sabotage or a test” to put Sullivan in a position like that on television. WWE writers didn’t seem to have any idea where Sullivan’s character was going, especially with the Cole interview.

Sullivan was right up Vince McMahon’s alley, a big hoss who looked tailor made to be one of WWE’s next big stars, especially with Braun Strowman’s prominence in recent years. Fightful Select also have reported that Sullivan’s knee injury that previously sidelined him could be ‘career threatening’ and that his 2020 return was delayed, with June 2020 always being the plan.

Lars has had his Twitter set on private in recent months and has been quiet since his last appearance on WWE television. It’s hard to see AEW picking him up with his past remarks, as they have Hulk Hogan banned from the company, so it will be interesting to see where he ends up.