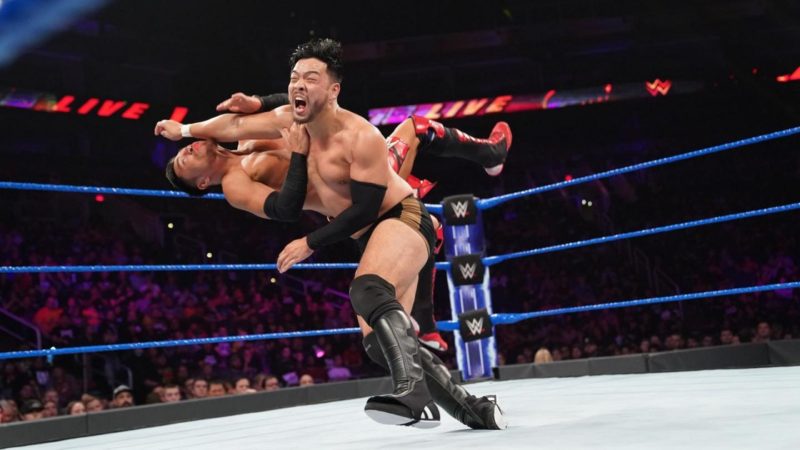 Ariya Daivari and Gentleman Jack Gallagher have been bringing fans behind the curtain lately with his series revolving around WWE’s 205 Live. The series was something that Daivari came up with while he was on the shelf in 2018. After his return, he posted a short video about himself and said that many more would be coming.

Dubbed 205 Life, each episode highlights a different cruiserweight, giving fans a glimpse into their personalities and personal lives. Well, most of them, anyway.

The first official episode featured 16-time World Champion John Cena talking about how much he likes 205 Live and how great the competitors are. Since then, though, 205 Life has focused on Noam Dar, Buddy Murphy, and, most recently, Hideo Itami.

After last week’s episode of 205 Live, it was revealed that Itami would be leaving the WWE. Many superstars showed their support and respect for the former GHC Heavyweight Champion throughout the week. Today, Gallagher decided to show him the utmost respect by focusing this week’s edition of his weekly series on Itami.

Itami spoke about his time in Orlando, Florida the difficulties of learning another language, and his shoulder surgery that he had after an injury in NXT in 2015.