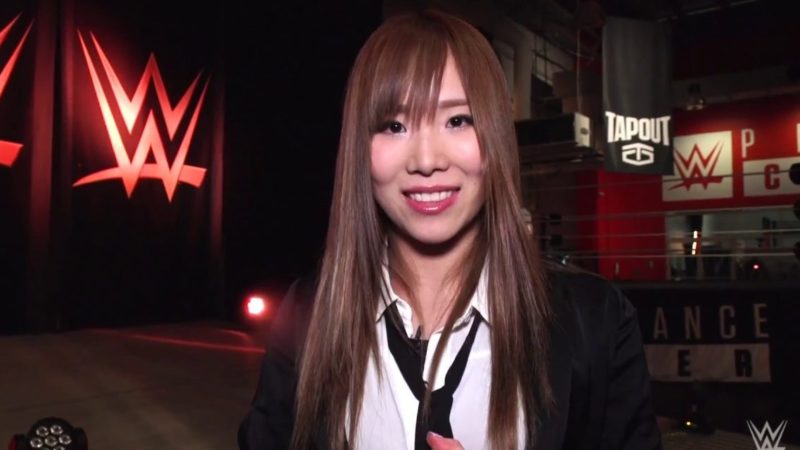 Latest WWE Signee Kairi Sane formerly known as Kairi Hojo made her NXT debut at a recent NXT Live Event from St. Petersburg, Florida where she competed in a 6 women tag team match.

Kairi teamed up with Dakota Kai and Aliyah to face the team of Billie Kay, Peyton Royce, and Shayna Baszler. Her team was reportedly victorious in her debut bout.

Below is an Instagram video posted by a fan of Sane’s NXT debut match where she is seen doing an impressive elbow drop from the top rope:

I’ve been terrified of the ropes snapping this whole time.

According to reports from Wrestling Observer Newsletter, The Japanese Star signed a three-year contract with WWE back in March this year and she started her WWE stint back in June.

Kairi took part in the Mae Young Classic tournament where she is undefeated till now. She is scheduled to face Shayna Baszler in the final of the tournament on September 12th.