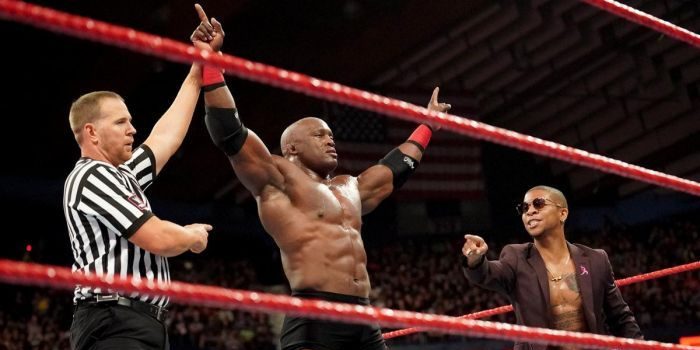 Former WWE Cruiserweight Champion, Lio Rush was recently in conversation with Kenny McIntosh on Inside The Ropes.

During the interview, the recently released WWE Superstar discussed a host of topics and also revealed if WWE ever had plans for a match between Brock Lesnar and Bobby Lashley.

Rush, of course, was previously the on-screen manager for Lashley on Monday Night RAW before he moved back to NXT in order to focus on his singles career.

The former Cruiserweight Champion claimed that the often talked Brock Lesnar vs Bobby Lashley match was never in WWE’s plans, despite the WWE Universe desperately hoping for a clash between the two genetic freaks.

“It was in me and Bobby’s plans, but I don’t think it was in the company’s plans. We always brought it up, we always tried to pitch it. It felt right, you know Bobby was pretty open that he came back to the WWE because he wanted to wrestle Brock, so I felt that it was inevitable.- said Rush.

Rush added that he had developed a healthy relationship with Paul Heyman while being in NXT and it was pretty obvious that Lashley also wanted to wrestle the former WWE Champion, upon his return to WWE.

However, WWE never had plans for a potential clash of the titans between Lashley and Lesnar, and the match, unfortunately, never happened.