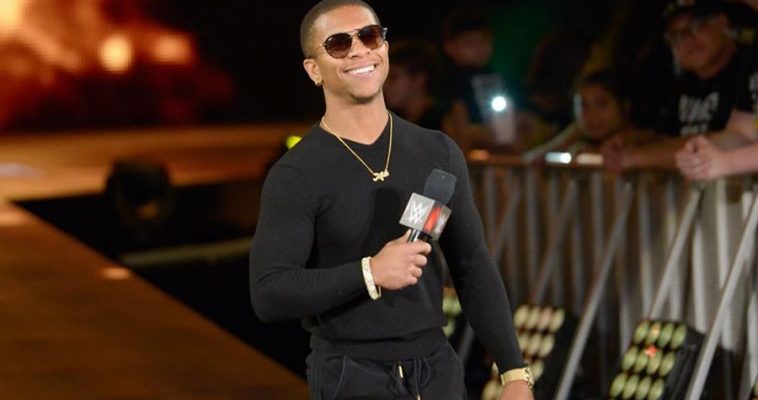 Emma(now known as Tenille Dashwood) was released from WWE following a two-match series against Asuka. She was Asuka’s first opponent on the main roster. Despite losing both matches, she did a good job. Her release came as a surprise as many superstars were vying for the opportunity to be Asuka’s first main roster opponent.

While speaking to Chasing Glory, Lio Rush discussed what his thought process was when he tweeted out: “I guess these are the things that happen when you’re not TRULY ready for Asuka.”

Rush said he thought it wasn’t a big deal at all and didn’t delete the tweet despite being told to take it down.

“It hit me so fast and hard I remember I was sitting at a Waffle House when I tweeted that out. I didn’t even mean it in the slightest way to be hurtful or anything.

I remember being so entertained with what Asuka was doing and her saying that nobody is ready for Asuka, and honestly, it was so stupid. People tried to tell me that they think I should take the tweet down and I didn’t really see the negative in it at all and I even left it up when somebody told me to take it down. I was like, no, it’s fine, I didn’t mean it in a negative way.”

Lio Rush got a lot of heat on him thanks to his comment. Tenille has a passionate fanbase who definitely were displeased at what Rush said. On top of that, he joked about someone losing their job.

I felt so bad and reached out to Emma and at first I had mixed feelings about it and then ultimately I just realized I messed up and it was such a sensitive and real moment and it was new to me because I never really seen WWE tweet anything out like that where they were releasing a WWE Superstar. So, I thought, oh, this is different. I just wasn’t thinking and wasn’t aware of the situation and how real the situation was.”

At the time of the tweet, Lio Rush just started his journey in WWE and didn’t even appear on WWE television yet. Thankfully, the situation was diffused. 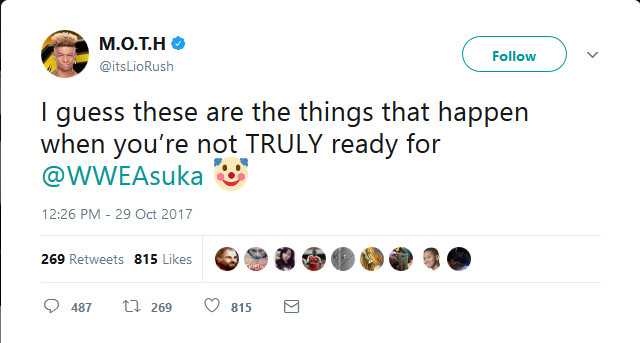