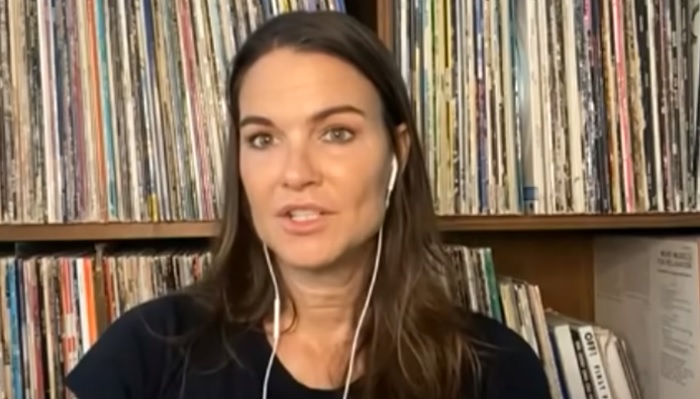 Corey Graves interviews Lita on "After The Bell."

WWE Hall Of Fame legend Amy “Lita” Dumas apparently still has the “itch” to get inside the squared circle for “one more match,” as long as “the stars aligned.”

Dumas appeared as a guest on the latest installment of the official WWE podcast, “After The Bell with Corey Graves,” for an in-depth interview.

Lita reflected back on being a trailblazer who, along with Trish Stratus, is responsible for opening a lot of doors for female Superstars in WWE.

“It’s so crazy now being able to see where we went,” Dumas told Graves. “I can see how it is a rung on that ladder, but at the time I didn’t feel how important that was to the future of women’s wrestling.”

Additionally, the women’s wrestling legend touched on the vibe in the current women’s locker room behind-the-scenes in WWE and what she feels the future has in store for the Women’s Revolution in WWE.

The interview also featured the obligatory question every pro wrestling legend gets asked after they end their active careers in the business, which, of course, is whether or not she would consider returning to WWE for “one more match.”

“I’m down,” Dumas, 45, told Graves when asked about whether or not she would even consider the option at this point in her life. “I’m down. Like, I can’t say that if I was never in the ring again then something was missing for me, but I think that it would be a fun opportunity and like, a good short-term goal and something to add to the resume.”

Lita continued, showing the modest and humble side of her personality by sharing her belief that the talent level in the women’s division in WWE right now is such that the company doesn’t need her.

She also noted that everything would have to lined up in an organic, unforced fashion for her to consider returning to the ring in her mid-40s while several years into her in-ring retirement.

“But you guys don’t need me,” she said. “Like, everybody’s doing awesome there so I can just get by watching how awesome everyone is doing.”

“If the stars aligned I could be down,” the WWE legend concluded.

Watch video highlights of Amy “Lita” Dumas on the “After The Bell with Corey Graves” official WWE podcast via the video embedded below. For the complete episode with the full Lita interview, click here.