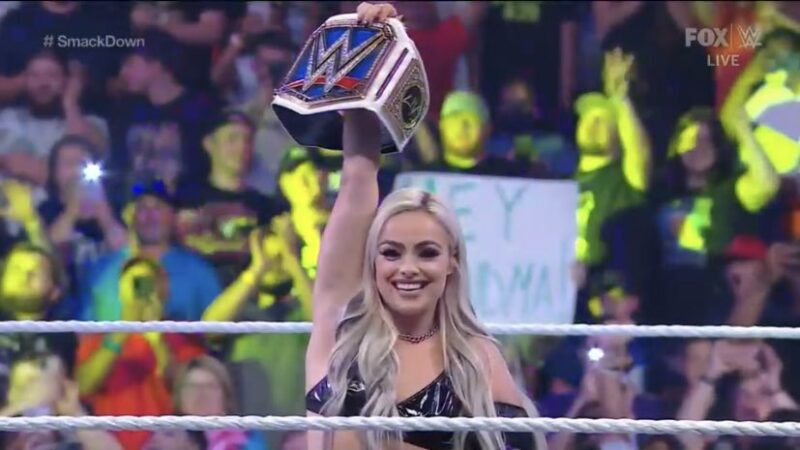 Liv Morgan saying the word ‘shit’ was censored in a WWE SmackDown promo where fans booed her after a series of vanilla babyface promos since winning the title.

"It's okay, I appreciate you all calling me out on my shit" – Liv Morgan to the "you tapped out" chants

Another legendary WWE female star isn’t having as good of a time as Liv Morgan is right now. WWE Hall of Famer Tamara Lynn Sytch (Tammy Sytch) known by her ring name “Sunny,” had found herself amid a controversy. She was reportedly involved in a fatal three-car crash on U.S. 1 on Friday, March 25, and Ormond Beach Police stated that the ongoing investigation might result in criminal charges. It was noted that Police in Florida received a potentially key piece of evidence in their investigation into the case.

Ormond Beach Police suspected Tammy “Sunny” Sytch was intoxicated when she caused the crash that killed 75-year-old Julian Lasseter Jr. of Daytona Beach Shores, Florida on March 25.  Police say Sytch failed to stop while driving southbound on U.S. 1, just north of Granada Boulevard, when she crashed into a stopped vehicle.

Tammy Sytch was due in court on May 26, 2022, in New Jersey for a February arrest on eleven different charges.

Sunny is trying to delay the trial

According to PW Insider, Tammy Sytch’s attorney filed a motion with Volusia County Court in Florida advising that Sytch is waiving her right to a speedy trial, “arising out of the criminal episode made the subject of this prosecution; specifically, the right to be tried within 175 days of her being taken into custody as provided by law and Rule 3.191, Florida Rules of Criminal Procedure.” On the same day, her attorney also filed a motion asking for her August 11th pre-trial hearing to be postponed.

“1. This defendant in this case is currently charged by Information with one count of DUI Manslaughter, one count of DWLS with Death and six counts of misdemeanor DUI.

2. The Office of the Public Defender was appointed in this matter on June 30, 2022, after private counsel withdrew.

3. Discovery in this matter to date includes over sixty videos and several hundred photographs.

4. Additional time is needed to prepare this case for trial.

5. Depositions have been scheduled for September 13, 2022. Additional depositions will be scheduled as defense counsel reviews additional discovery.

6. The defendant has filed a written waiver of her right to a speedy trial.

7. Assistant State Attorney Ashley Terwilleger has been contacted and does not object to the granting of this motion.

8. Defense counsel would request that the next PreTrial Conference be scheduled in either October or November 2022, at the court’s discretion.

9. This motion is made in good faith and not for purposes of delay.”