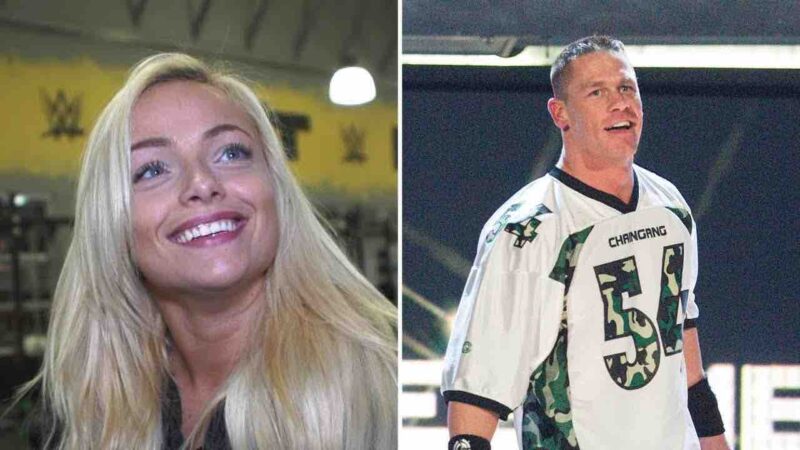 Liv Morgan is having a great time being the WWE SmackDown Women’s Champion which she had twon after cashing-in her Money In The Bank contract on Ronda Rousey. She has now made a huge revelation. She stated that she had a crush on 16-time World Champion John Cena during her early days.

Liv Morgan states John Cena had an influence on her

Before breaking out on her own, she joined the main roster as a member of the Riott Squad. Speaking on Sneaker Shopping with Complex, the 28-year-old spoke about her crush from WWE:

“I loved John Cena, I thought he was the s–t,” Morgan admitted. “I had such a crush on him. He would pump his little sneakers, and I’d pump my sneakers, and I didn’t even have pumps. I would just [pretend] to push my little pumps [while watching him on TV]. I thought he was amazing. He has been, whether I know it or not, a subconscious influence on my career. You know because he wore sneakers for the majority of his career, so I think maybe it’s something that kind of embedded in my mind, and maybe a reason why I like to wear sneakers.”

Morgan successfully defended her SmackDown Women’s title against Ronda Rousey at SummerSlam Premium Live Event. The match had ended controversially. Rousey had Morgan locked in an armbar, but the latter was in a half-standing position. Rousey’s shoulders were pinned to the mat, which prompted the match official to begin his three-count. However, he didn’t see Morgan tapping out as her hand was near Rousey’s feet which were up in the air.

Ronda Rousey was quite frustrated with the result, and that did not sit well with her. She attacked the champion and followed it up by attacking the WWE official whom she blamed for her loss.