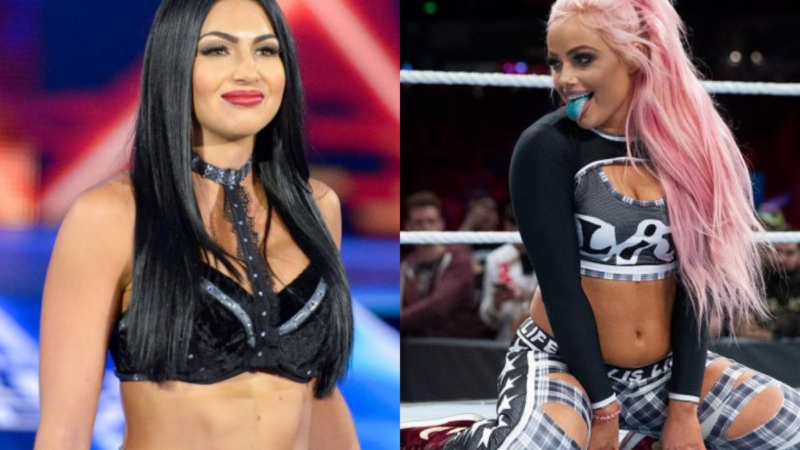 Billie Kay continues to make her way into The Riott Squad, and there is nothing Liv Morgan and Ruby Riott can do to discourage her, it seems. In a recent tweet, Billie Kay complained to Liv Morgan that she had texted her 37 times, but is yet to receive a response.

Liv Morgan replied to her that her phone was ‘still’ broken.

It seems like Liv Morgan and Ruby Riott are running out of excuses to say ‘no’ to Kay’s persistent efforts of getting into The Riott Squad.

Will Billie Kay be a part of The Riott Squad?

Billie Kay has been trying to get into The Riott Squad for a while now. Post her split with her best friend and former IIconics tag team partner Peyton Royce, Billie Kay has been sending out her resume to anyone and everyone on SmackDown.

In an earlier WWE Network Exclusive interview, The Riott Squad duo answered whether they wanted to change things up and take Billie Kay on their team after she waved her resume in front of their faces.

“Honestly, we don’t want to look at Billie Kay’s resume because she’s been kind of putting it in our face. But when you’re trying to give us guidance — let’s just pump the breaks a little bit. I’m just throwing that out there.”

She first approached Liv Morgan and Ruby Riott on Talking Smack first and wanted to be a part of their team. Kay referred to her time as a tag team champion, and suggested that she would be a much-needed addition to their group. She was told that if she could find a partner, they would meet her in the ring the following week.

Billie Kay first teamed up with Natalya, then with Tamina, but was unsuccessful to secure a win. Following that, Billie Kay took a different route and accompanied Natalya and Tamina to the ring as they took on The Riott Squad in a tag match. However, after Liv Morgan and Ruby Riott won the match, Billie Kay celebrated with them.

On last week’s episode of SmackDown, Kay approached them once again. Upon being denied a Riott Squad membership, she started throwing a fit and they tried to console her. Billie Kay took that as a ‘yes’ to her request and that she was now in The Riott Squad.