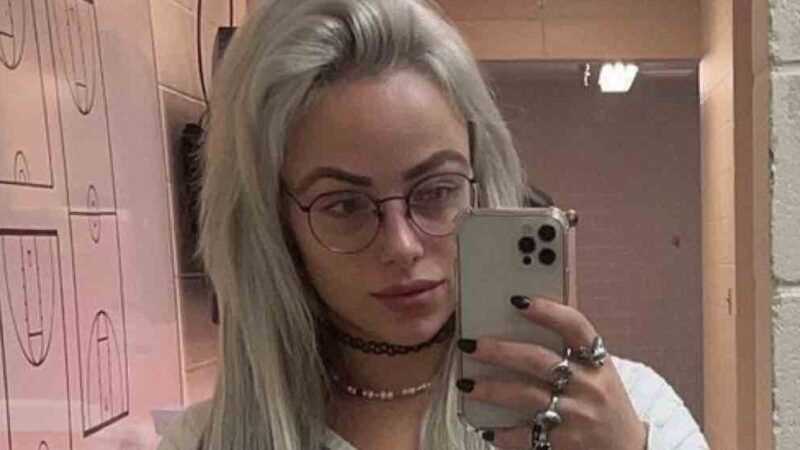 Liv Morgan is a former Smackdown Women’s Champion and held down the fort this year. However, that did not last long as she lost the championship to Ronda Rousey.

Liv Morgan, Raquel Rodriguez, Shotzi, Sonya Deville, Lacey Evans and Xia Li faced off in a high-stakes six-pack challenge on this week’s episode of Friday Night SmackDown. During the match, Raquel set up a table at ringside and looked to power-slam Sonya from the steps onto the table. However, Morgan flew from the barricade and took Rodriguez down. Both stars missed the table completely and landed on the padding near the announcer’s desk.

Liv Morgan took to Twitter and uploaded a photo with AEW star Abadon.

Appearing on “Generation Iron Fitness & Bodybuilding Network,” Wilson opened up about being inducted into the WWE Hall of Fame and the week leading up to her induction.

“It was a very surreal time,” Wilson said. “I never even considered that I would be in the Hall of Fame. I just never, you know, so when they called me, it was a very pleasant surprise and then I realized how cool it actually really was. More-so just because, you know, for 10 years you do that grind.”

“My dad has passed away like two days before the ceremony and it’s so weird,” Wilson continued. “He just didn’t want to go to New York, he didn’t want to go, and my brother took this video of him, like, ‘How come you don’t want to go see Torrie?’ And he’s like, ‘I don’t know, my back hurts. I can’t. I might be in the hospital.’ It was almost like he knew he was dying. It was so weird. But, so it made the week a little, like, weird, but oddly enough, I also felt like him like, right there with me when I was giving my speech.”