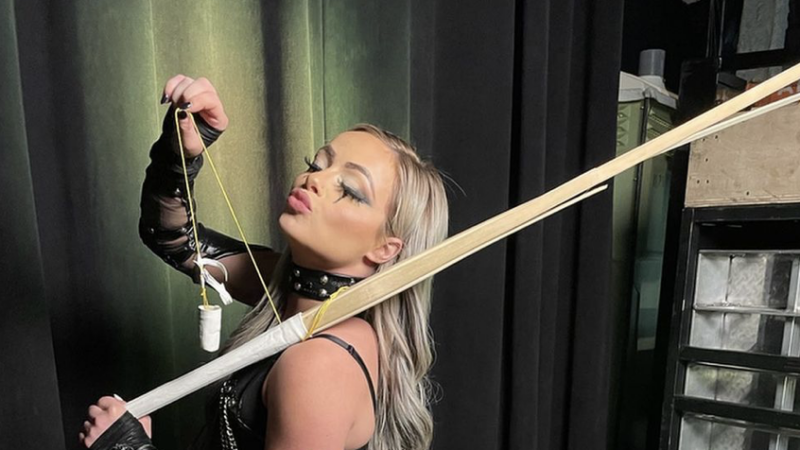 Liv Morgan was fiery on the latest edition of Friday Night SmackDown. She launched an attack on Damage CTRL during their promo. The trio was interrupted by Liv Morgan. After a three-on-one assault on Morgan, Tegan Nox returned and attacked the trio as well. While, they were being outnumbered by Damage CTRL, Morgan came up with an equalizer, hitting them with Kendo Stick. Following the show, Morgan took to her Instagram account and posted a series of photos with the broken Kendo Stick and flaunted her backside as well in one of the photos.

Liv Morgan was involved in a dark match after SmackDown

WWE SmackDown aired live this week from the KeyBank Center in Buffalo, New York. It was the first episode of the blue brand following WWE Survivor Series WarGames last Saturday. SEScoops reported that their correspondent Ella Jay was at the venue last night and shared what happened after this week’s episode of SmackDown went off the air. Matt Riddle, Braun Strowman, Madcap Moss, and Liv Morgan defeated Legado Del Fantasma, Damian Priest, and Zelina Vega in the dark match.

Meanwhile, during the show, Sami Zayn defeated Sheamus in the opening contest after Jey Uso interfered. The Usos had a conversation about Zayn’s lie about talking with Kevin Owens last week but Jey said Sami proved himself by winning The Bloodline the Men’s WarGames match at Survivor Series.

The finals of the SmackDown World Cup went down on last night’s episode of WWE SmackDown as well. Ricochet defeated Santos Escobar and he is set to challenge Gunther for the Intercontinental Championship. Ricochet was able to pick up the victory after hitting the 630 Splash. Gunther defeated Ricochet to win the IC Title, and beat him two weeks later on the June 24th edition of SmackDown in their rematch. It will be interesting to see if the third time is the charm for Ricochet.