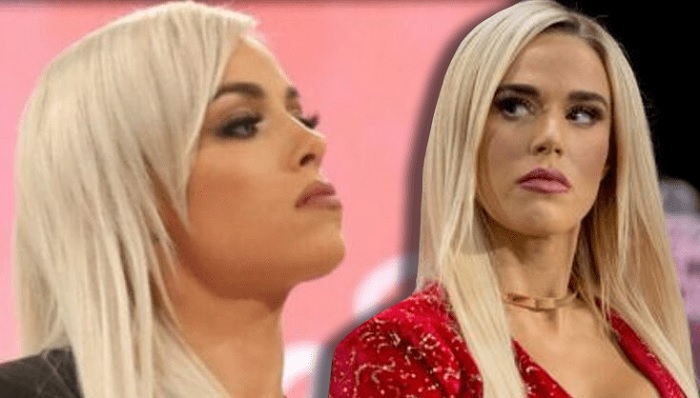 Liv Morgan would like to revisit her love affair storyline with Lana at some point in the future.

The WWE Superstar recently spoke with the folks from Inside The Ropes for an interview, where she reiterated the same point that Lana made in a previous interview, which is that she hopes WWE returns to their love affair storyline again some day.

Featured below is an excerpt from the interview where Morgan talks about this topic.

“Me personally, I would love to touch on that story again, because I think it’s so important just to show not different people but, you know, ‘Hey, maybe I love this girl,’ you know, like, I think it’s important just to show that. But I don’t think you ever can ever say never in WWE. I think anything and everything is open to being visited again. Is that happening? I have no idea. But would I like it? For sure. But it was a very crazy experience. I think it was definitely split half and half and I think that’s because… I think people today, they want real representation. They want like… Characters are characters, but they want people that are really maybe experiencing these things to represent these characters. So I feel like, in that aspect, maybe it didn’t go over so well towards some people that felt like Lana’s secret lover could have been someone else that was maybe really into women, you know, but then on the other spectrum, this was my re-debut after like eight months off. So people were excited to see me and they were happy for me. But there was definitely that split with the audience, people that were loving it and people that didn’t like it.”

Check out more from the Inside The Ropes interview with Liv Morgan via the YouTube video embedded below, or by visiting ITRWrestling.com.