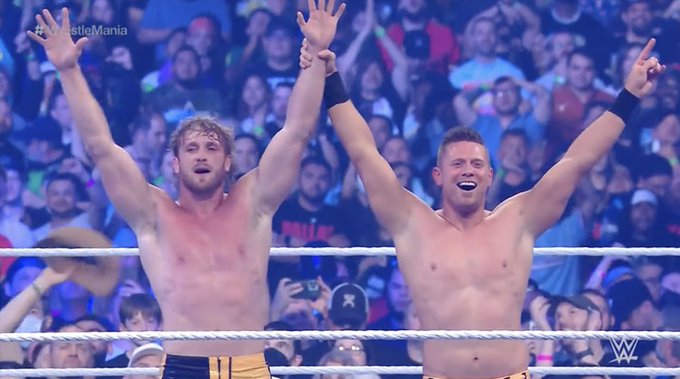 Logan Paul spoke to WWE Digital, where he reflected on his WrestleMania experience. He compared The Miz betraying him to the way Will Smith slapped Chris Rock at The Oscars. He then shared his belief that The Miz is jealous of him.

“I think it’s equivalent to Will Smith slapping Chris Rock,” said Paul. “I’m still processing why Miz betrayed me. To be honest with you, if I had to guess, he’s probably jealous I was doing flips. I went off the top rope, I was doing cool —, but quite simply, he’s not capable of doing that. He’s older, he’s a little thicker. I’m nimble, I’m young, I’m spry. He doesn’t have it like me, And I think he got jealous and decided to turn on me.