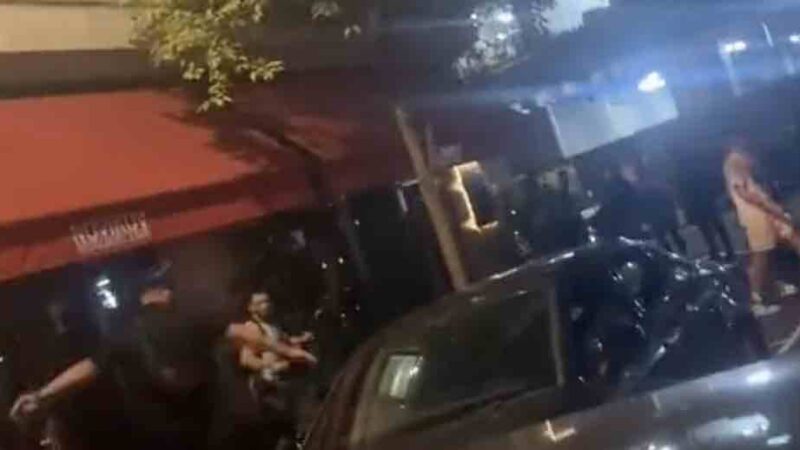 WWE Superstar Logan Paul may face assault charges after he attacked Mo Dean. Mo Dean is a social media influencer like Paul. The two had a spat of words which led to Paul chasing Dean when the latter ran away from the confrontation. Paul was in the UK to support his friend KSI who fought in two boxing fights on Saturday, August 27, 2022, at The O2 Arena in London. Some witnesses blamed Jake Paul’s security for this breach and bout. Mo Dean has suffered two broken bones because of the assault that would require metal stints to heal them.


This video shows Logan Paul’s security allegedly attack a man known as Mo Deen, who had a track record of harassing influencers and celebrities pic.twitter.com/Gi5upGk68F

My last post about it but what the actual fuck pic.twitter.com/vBQ36FGjt2

It’s worth mentioning that Logan Paul recently got signed to the WWE. He was working with The Miz and beat the superstar at SummerSlam. The performance by the social media influencer was exceptional at the event. There’s no word on what happened between Paul and Dean that infuriated Paul to the degree that he chased the latter and hit him several times before the security took control. The damage had happened before security could control the bout. There’s no official word from either party on the situation as of this writing. There’s also no input if Dean would press charges or if he would let Paul go scout free.

He’s in his prime @KSI pic.twitter.com/LN7M2mVDSl

One cannot confirm if this is a work as it happened in the UK. WWE recently released a lot of superstars in NXT UK and announced that it would return as NXT Europe in 2023. Could this be a way to use a Social Media Influencer to talk about NXT and keep the fans engrossed about what’s to come in the coming year? Any publicity could help the company, which is already in hot water due to Vince McMahon’s hush-money scandal.

Do you think this was a real fight or a work where bones accidentally broke? Sound off in the comments.