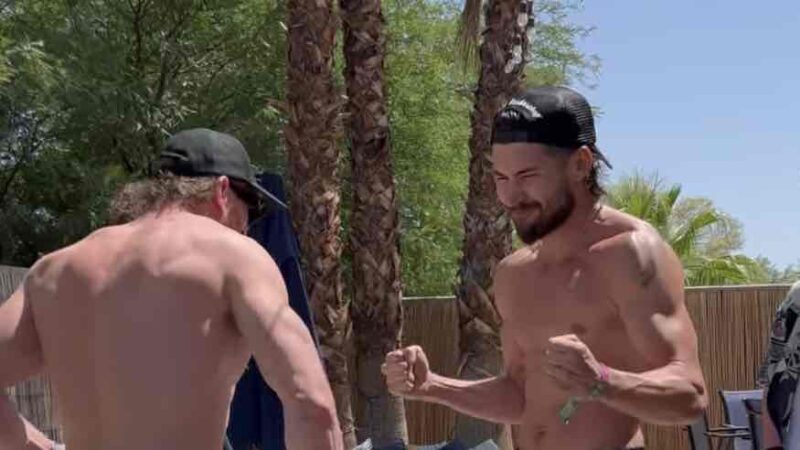 Logan Paul has uploaded an Instagram album from Coachella, including where he works on throwing punches as seen below.


YouTube sensation Jake Paul had to suffer the consequences due to the blunder of his brother, Logan Paul. The mistake had almost cost Jake’s boxing career but it was eventually saved. Now 5-0 in his professional boxing career with four knockouts on his résumé, Jake has essentially put all of his other endeavors to the side as he focuses on combat sports.

However, Back in 2017, Jake’s older brother Logan Paul stirred controversy when he had uploaded a video to YouTube during his visit to Aokigahara in Japan. The place is known as the “suicide forest” due to its infamy as a site where many people have taken their own lives over the years. The video showed Logan and his friends after discovering the recently deceased corpse of a man who had hanged himself in the forest.

The video garnered a staggering 6 million plus views within 24 hours, but the backfire lasted far longer. Logan was heavily criticized by his followers as well as other celebrities and even politicians reacting to the cruel and insensitive nature of the footage shown online.

Jake Paul opens up on the matter

Despite having no involvement with the video, Jake still faced recourse for his brother’s actions — and suddenly his career was being threatened.

During a segment on HBO Real Sports, Jake said:

“I had nothing to do with it but now it’s like, ‘The Paul brothers suck.’” Jake said that aired on Tuesday. “I lost a $10 million deal that week. I was basically blackballed for 18 months from the industry. No auditions, no brand deals, no sponsorships. It was one of the worst moments of my life.”

Logan eventually called his terrible judgment about the video he posted from Japan “the biggest blessing” in his life because it made him realize that some things are bigger and more important than just getting clicks online.