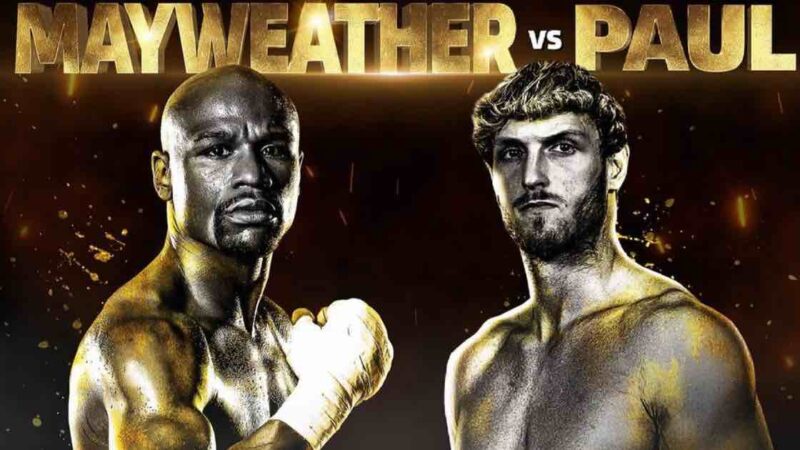 Floyd Mayweather vs. Logan Paul is the headlining fight in Miami at Hard Rock Stadium on Sunday, and rain briefly forced the Hurd vs. Arias fight to briefly be delayed before resuming. You can see video and tweets below. Chad Johnson ‘Knocked Out’ Like Nate Robinson In Video.

We have a lot of exciting young fighters that we’ve signed to Mayweather Promotions so we want everyone to tune in and buy the pay-per-view because, like I said, we’re looking for the next Floyd Mayweather. And we also got a couple of championship bouts leading up to the main event and we also got the former NFL wide receiver, the great Chad Ochocinco, fighting in his pro debut so it’s going to be a great card.”

He later said about the fight with Paul, “If that’s what I want to do, I could make it rough. What I want to do is have fun and I don’t want to knock him out right away. You know why? I really want to see his skills. I want to show him that there’s a difference between the elite level, real elite boxing, and YouTube boxing. We’ll see. The movement is totally different.”

Mauro Ranallo is turning into Sting right before our eyes pic.twitter.com/iMwhgGuuj4

Boxing gods are doing everything they can…