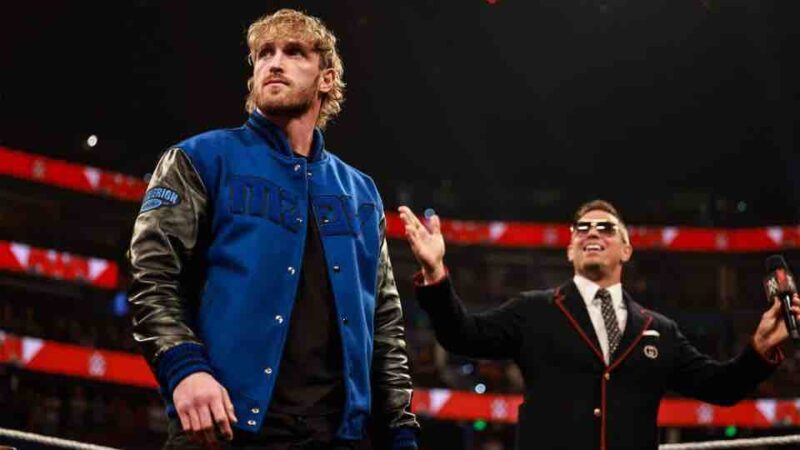 Logan Paul is being paid $3 million per year by WWE after a previous agreement for $1 million per match, Billi Bhatti reports on the LockBetting.com podcast. Paul will face The Miz tonight at WWE SummerSlam.

Triple H and Stephanie McMahon recently signed Paul as their first major talent signing. Vince McMahon recently sent shock waves with his announcement. He announced that he is retiring from his roles as Chairman and CEO of WWE. It was later clarified that he was also done with his work on creative. It was revealed that  Stephanie McMahon and Nick Khan will serve as Co-CEOs of WWE, while Triple H is EVP of Talent Relations and Head of Creative. Fans had been wondering how the NXT roster would look like if Hunter was promoted to a prominent position earlier. Fans are now concerned about his health.

‘The Game’ recently announced his retirement from in-ring action few months back. He had been away from behind the scenes duties after a health scare last year. He suffered a cardiac event followed by a surgery. After being away for months, he made his return to the company.

According to Wrestling Observer Newsletter, there are still questions and concerns when it comes to Triple H’s heart issues, now that he has taken on new responsibilities in WWE. He was cleared for a return to work, but the hours his new positions demand will be concerning for anyone.

“There are obvious questions regarding Levesque, given he’s not far removed from significant heart issues. While he has recovered to where he can lead a normal life, running both talent relations and creative of doing five hours of weekly television most weeks, and eight or more hours on PPV weeks, is hardly living a normal level. It is filled with incredible stress, not to mention he would be back traveling for multiple shows per week.”