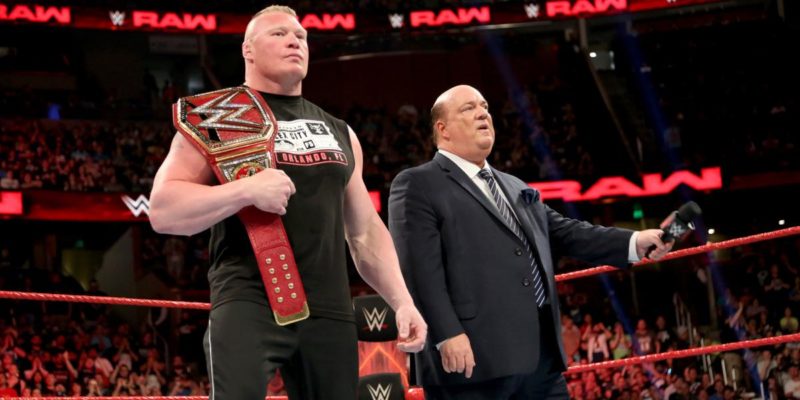 Finn Balor was a heavy favourite to win the Fatal Five Way #1 contender’s match at Extreme Rules and face Brock Lesnar, but his fans were left disappointed when Samoa Joe claimed the victory. Though the hopes of seeing Balor vs. Lesnar are not completely dead yet.

In the latest edition of Wrestling Observer Newsletter, Dave Meltzer noted that WWE is still planning Roman Reigns vs. Brock Lesnar for Universal Championship at WrestleMania 34.

Although before the grand event, the company allegedly plans to give both Finn Balor and Seth Rollins a shot at the title in form of singles matches in the time between now and WrestleMania.

Regarding the upcoming match between Samoa Joe vs. Brock Lesnar, the wrestling journalists confirmed what we noted before. He stated that Joe is in for a short feud with Lesnar and his upcoming match against The Beast is expected to be a one-off deal.

About Braun Strowman the newsletter repeated the reports stating that he is expected to challenge Brock Lesnar for his title at SummerSlam which most likely would also be a one-time matchup.