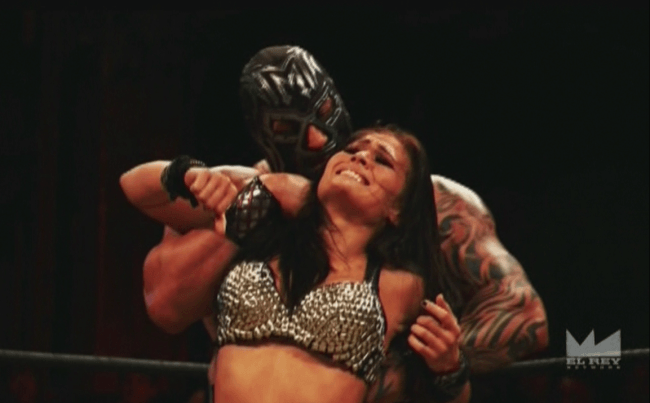 Ivelisse is one of Lucha Underground’s most captivating stars. Many fans of the show remember seeing her as one-third of the inaugural LU Trios Champions, defending the titles with Angelico and Son of Havoc throughout season one despite working with a serious ankle injury.

Ivelisse has even challenged for the Lucha Underground Championship and put on a valiant performance against then-champion Mil Muertes.

However, despite being one of their best stars, all is not well between her and LU. Ivelisse tweeted out a cry for help today, letting the world know that, despite there being no announcement for Season 5, Lucha Underground is still holding her under contract, keeping her from working with other well-known companies.

She finished her statement by saying

I’m at my wit’s end, so at this point, regardless what happens from here on out, at the very least my story is told.