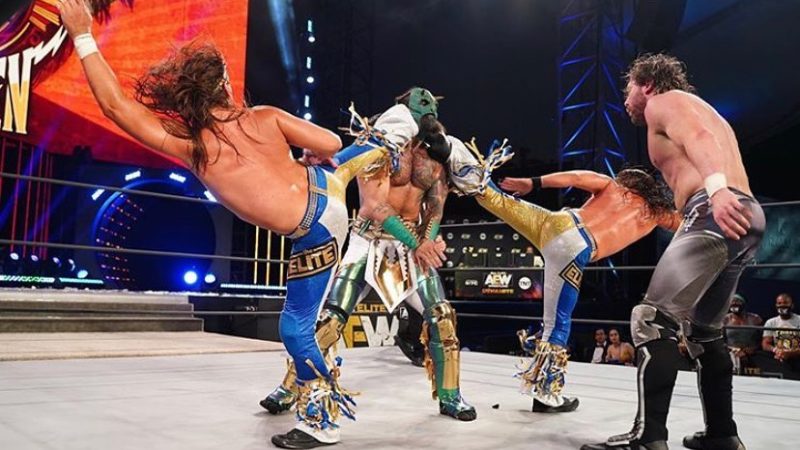 AEW’s weekly show Dynamite has become a competitor in the world of professional wrestling with some of the top Superstars from around the world participating. However, even the best wrestlers cannot stop things from going wrong, and on this week’s episode of AEW Dynamite, the opening ten-man tag team match between The Inner Circle and Orange Cassidy, The Best Friends, and Luchasaurus, saw a botch.


Luchasaurus found himself nearly unmasked accidentally when squaring off in the ring. The wrestler with the gimmick of a dinosaur entered the ring with Jake Hager, and over the course of exchanging strikes with him, his mask came undone.

Thankfully for Luchasaurus, Jake Hager punched him down and after a momentary pause, Orange Cassidy jumped in. The wrestler got sufficient time to adjust the mask as the match continued AEW Dynamite. As a result, he was able to continue and his team won their match, thanks to a distraction from Matt Hardy.

Overall, it was a good night for AEW, with Zack Ryder, as well as another former WWE Superstar making their debut for the company.