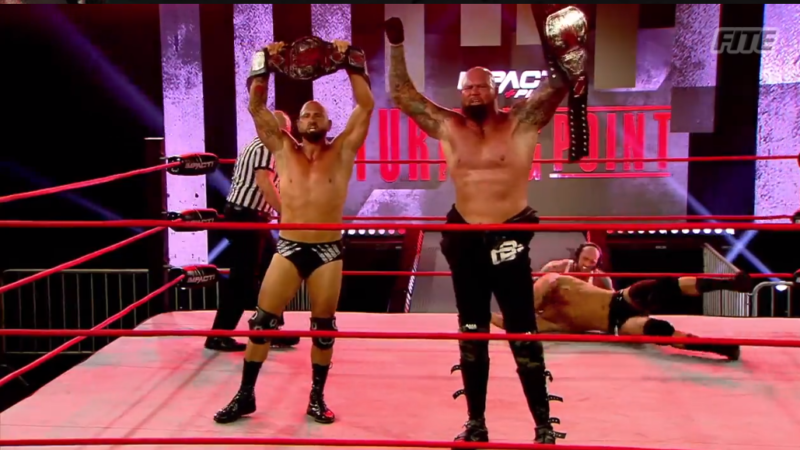 Impact Wrestling’s Turning Point pay-per-view was a night of memorable moments and that included titles changing hands. It was certainly a great moment for Anderson and Gallows.

The North defended their Impact Wrestling Tag Team Championships against The Good Brothers at Turning Point. Ethan Page and Josh Alexander won the titles back at Bound For Glory and since then the Good Brothers have been pursuing them for the titles.

It was an intense match from start to finish as both teams gave it their all in order to win the match. The final moments of the match saw The Good Brothers hitting a back suplex neckbreaker combo on Alexander. Then they hit the Magic Killer on Page and got the three count.