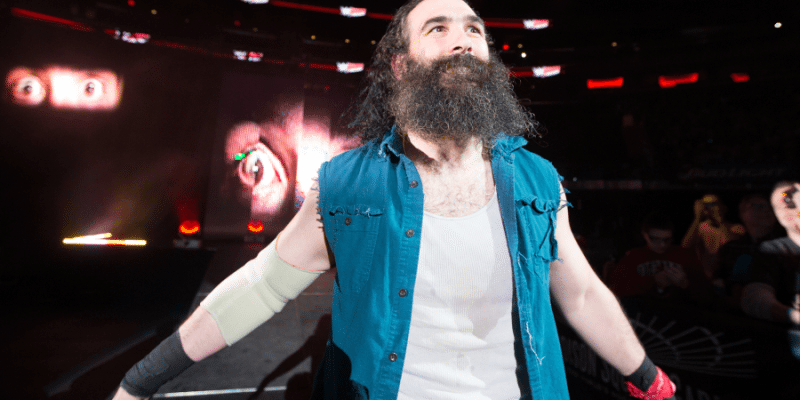 Luke Harper suffered a knee injury during a dark match in late March in Philadelphia. Harper started the match but fell down after throwing punches and rolled to the floor holding his knee. Harper has been off of WWE TV since then.

Harper recently spoke with Qwality TV about the injury. Harper explained that during the match his leg buckled and popped. It was like he got shot or someone hit him from behind, Harper said. Harper originally thought he broke his leg, but after getting an MRI, it was revealed that he dislocated his patella and tore his mpfl ligament.

Harper said that he is itching to get back inside the ring. Regarding when he will return to WWE TV, Harper said that at the earliest it could August or September but at the latest it would be October.

Harper also commented on fans lashing out at him for using Twitter. Harper explained that it’s 2016 and that he is just trying to get his name and brand out there. Harper added that if fans do not like him using Twitter that they should unfollow him.

When asked what his goal was in WWE, Harper answered by saying that he wants to be WWE Champion.

You can watch the interview here: