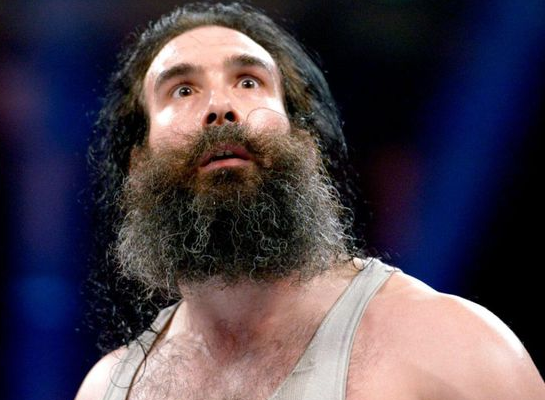 WWE Superstar Luke Harper was recently interviewed on CBS Radio’s The Chad Dukes Wrestling Show for an hour-long sitdown in which he discussed his injury recovery, the WWE Draft, Conor McGregor, and more. You can check out some highlights here:

Harper: “When you put a list of the ten hottest free agents available in today’s market, and I mean no offense to them, but when Cryme Tyme ranks above you, it really makes you question your career choices.”

Dukes: “So you don’t think Heath Slater should be the #1 free agent, that’s what I’m being told watching these television shows?”

“I believe that I will be the WWE World Champion one day. I know that a lot of people say that, it’s easy to say, if I were to go away without accomplishing that task I would feel unfulfilled, to be completely honest… So for Cryme Tyme to rank above me, when I think that of myself, it becomes a bit of an issue inside my own brain.”

Cody Rhodes’ post-release schedule and if that’s appealing to him:

“I’m very happy for Cody Rhodes. It’s good to see a person I know like him go out there and do what he needs to do to fulfill his life. In my opinion, WWE, to me, is the top of the food chain. So I’m concerned with being at the top of that food chain, which is the top, top of the food chain. So for me personally, I need to be here right now to do what I need to do. In the future who knows, but I need to accomplish things before I can, I guess, sleep well at night. I mean, I sleep good because I have a great family and stuff like that, a great life, but career-wise, I have some things I need to accomplish… There’s places I need to be and it’s WWE right now…

“If Okada, if a Tanahashi, Michael Elgin, The Young Bucks, if they want to have a match the place they can find me is the WWE. I’m going to be busy making my way to the top of that food chain. The future, who knows? I have that in front of me right now.”

“I think the brand split is a beautiful thing. It opens up opportunities for everybody up and down the card. You look at a September show, where it will be a SmackDown only pay-per-view. That means from the roster of SmackDown only, you’re going to draw eight matches to fill three hours. In my first three years in WWE that’s unheard of. You don’t get that opportunity. So to me it’s an opportunity.”

“I mean here’s the thing when he comes and works for WWE, can I call him a p—y? How does that work? Sure, he’s a smart businessman, he knows exactly what he needed to do to drum up a little interest, but my man blew his biggest payday known to man in MMA at [UFC 200] and a professional wrestler had to come and pick up his scraps and save the show…”

“Business is business, but he doesn’t understand my world and fairly, I don’t understand his. So for what he said, he said something off the cuff at an interview, that I’ve probably done already today, maybe, we’ll find out in a couple days, he said what he had to say, absolutely fine, much respect, he said it off the cuff, but it’s very measured and he knows what he’s doing. At the same time as a man in our business, it’s offensive. You’re calling us all pussies. You’re saying line up and I’ll slap each one of you. I think Big E said it best, ‘How do you want us to line up, sir?’ How do you want us to line up so you can slap the sh*t out of us? You tell us…”

If the “WWE style” is still a thing:

“I think that ‘learning WWE style’ is a very 2007, as late as 2010, mantra. I feel like things have changed now and that professional wrestling is professional wrestling, from the top to the bottom and what WWE is presenting is quintessential professional wrestling. You look at these guys who have come in, nothing’s changed. You don’t have to change anything and if you want to have that argument when I came in, you say it to me because I didn’t change a frickin’ thing. You go through your battles in developmental, but at the end of the day you’re you and if you have conviction in who you are and how you wrestle then that’ll show through and if it works, it works, if it doesn’t, then you have to look in the mirror and decide that.”

You can listen to the full interview here.

(All transcriptions courtesy of Wrestling Inc.)