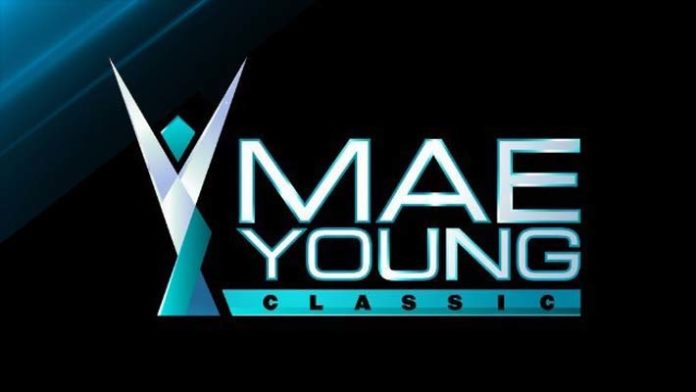 The Mae Young Classic began airing tonight on the WWE Network, featuring the first four matches of the tournament.

Prior to the opening bell, the first episode of this year’s tournament featured a recap of last year’s Mae Young Classic, highlighting the final four: Kairi Sane, Mercedes Martinez, Shayna Baszler, and Toni Storm. Baszler and Sane would go on to win gold in NXT, with Sane defeating the Queen of Spades for the NXT Women’s Championship at NXT TakeOver: Brooklyn IV. Martinez and Storm, however, returned for the second annual Mae Young Classic.

Below are the results from tonight’s episode of the 2018 Mae Young Classic.

Round one of the tournament opened with Tegan Nox and Zatara. Nox was picked by Michael Cole as his favorite to win the whole tournament. The two put on a good back and forth match, but Nox eventually picked up the victory with the Shining Wizard.

A new outlook serves @RheaRipley_WWE well as she secures her place in the next round! #WWEMYC pic.twitter.com/Um9WshXDSI

Ripley and Jenkins refused to shake hands before the match. Ripley had the upper hand for the majority of the bout, overpowering Jenkins multiple times. However, Jenkins continued to kick out of every pinfall. Finally, Ripley put Jenkins away with a powerbomb.

Inexperience is a non-issue for @Lay_Lane. She's heading to the next round of #WWEMYC! pic.twitter.com/GGnuF3j8Eh

Lacey Lane had her work cut out for her, taking on “The Mountain” Vanessa Craven, who stood at 6’2″ and over 200 lbs. Lane used her speed to outmaneuver Craven, picking up a win with a crucifix after Craven missed a cannonball.

Killer Kelly’s luck ran out once it was revealed that she was facing “The Final Boss” Meiko Satomura. Satomura put down Kelly with some deadly strikes, and even though she got some decent offense in, Kelly was ultimately put away with a Death Valley Driver.

Round one of the MYC continues next week on the WWE Network at 9 pm EST.