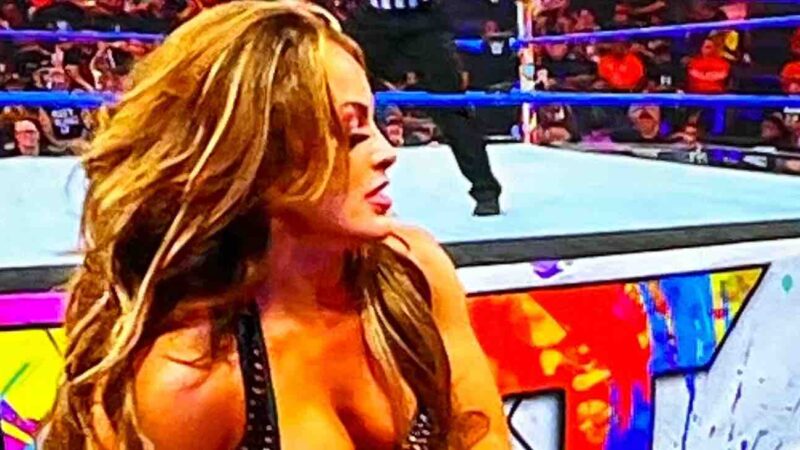 Mandy Rose’s WWE NXT Women’s title match with Zoey Stark was censored after a wardrobe malfunction. Part of Mandy’s breasts were exposed, in what fans call a ‘nip slip.’

Mandy having a wardrobe malfunction that entire match. Screen went black for a nip slip??

On a recent edition of The Kurt Angle Show, Brian Gewirtz talked about John Cena being pitched as a member of Evolution.

“The big what-if, and when I say this, I want to point out that this was discussed for maybe under two minutes in a single writer’s meeting with Vince – a single meeting, in which there were hundreds if not thousands of meetings. This was during the [Mark] Jindrak, who is gonna be the fourth member of Evolution period of time. I do remember, I don’t know if it was me that said it but somebody said it, ‘What about that John Cena guy joining Evolution? What if we did that?’ Again, it was tossed about for a couple of minutes. I think it was John at that time had not really found himself yet. I think this was pre-rapping John. Great match with Kurt, but then what John? It was just ruthless aggression. But it was like, ‘I don’t think so. He just doesn’t fit.’ That was kind of the feedback back then.”