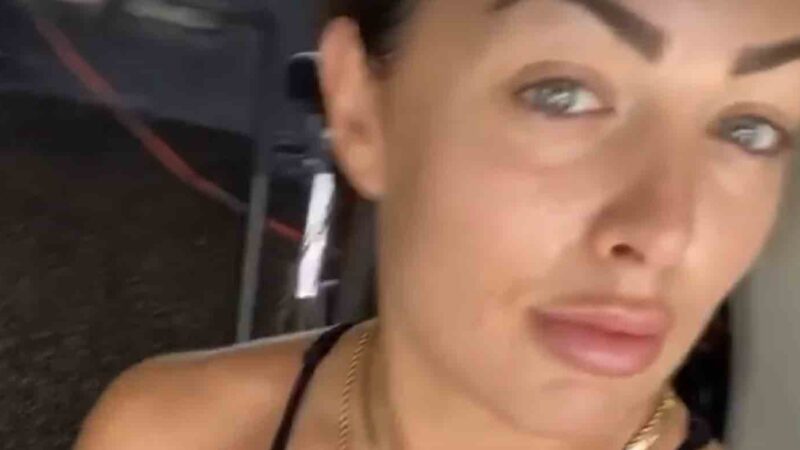 Mandy Rose and Charlotte Flair are two of the three women champions in the company. Rose is dominating the NXT 2.0 brand holding NXT Women’s title while, Charlotte has been a top female star holding the WWE SmackDown Women’s title on the blue brand. They have reached the top of the respective brands but they literally needed to shed sweats in the gym. ‘The Toxic Attraction’ leader and ‘The Queen’ took to their respective Instagram account story sections and dropped a photo each that was taken after the workout sessions.


You can check out the screengrabs below:

WWE Hall of Famer Bully Ray believes that the company has not used Sasha Banks to her maximum potential and he stated that she can be as good as Charlotte Flair. Banks is regarded as one of the best female stars on the current WWE roster. She is a six-time women’s champion, with her last title reign coming in 2020-21, when she held the SmackDown Women’s Championship, losing it to Bianca Belair at WrestleMania 37. She is currently one-half of the WWE Women’s tag-team champions with her former Team B.A.D. partner Naomi and enjoying her time.

On Busted Open’s The Master’s Class, Bully Ray namedropped Banks as the female star he would pick if he were to start a pro wrestling promotion today. The Hall of Famer thinks that The Boss hasn’t been used to her true potential and that she can be as good as Charlotte Flair:

“Sasha can get it done in the ring, Sasha has the look, Sasha can get it done on the microphone. I’m a big fan of Sasha, and I do not think they have tapped into her potential nearly as much as I believe they could have. For whatever reason – I know she’s like a four or five-time women’s champion, but I think that Sasha could be as big of a star as Charlotte. I think it’s all there,” said Bully Ray.

They are currently in a feud with the team of Shayna Baszler and Natalya, whom they could soon face at WrestleMania Backlash.